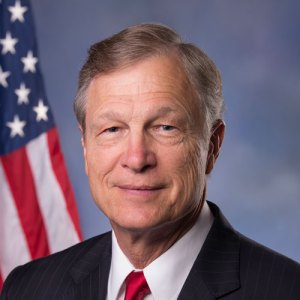 (Editor’s Note: WASHINGTON, DC – U.S. Congressman Brian Babin (TX-36) composed his thoughts on the Democrats’ decision to impeach President Donald Trump for a second time, one week before he leaves office, and the divisiveness it sows in America in the following Op-Ed, which was originally featured in the Washington Times.)

Bringing articles of impeachment to the House Floor for the second time, despite President Trump having just days left in office, is one of the more foolish actions we’ve seen come out of Washington as of late — which is saying something because there is a lot to choose from in that category.

What happened at the Capitol on Jan. 6 was a wake-up call for the entire country.

Roughly 1 million of the 74 million Americans who voted for President Trump paused their daily lives to travel to Washington to demonstrate and protest what they believe was their disenfranchisement in the 2020 presidential election. They saw that blatant election irregularities and unconstitutionality were glossed over as the courts and other officials refused to hear or investigate them. This lamentably includes the U.S. Supreme Court.

The small minority of protesters who shamefully rioted, illegally entered the Capitol building and tragically cost several lives have been roundly condemned by all, myself included. Many have already been arrested and charged for which there will be serious consequences. However, this shouldn’t invalidate that the overwhelming majority of these protesters were peaceful and orderly, only wanting to demonstrate their dissatisfaction with the election process and exercise their rights as citizens.

As to the cause, rather than addressing the legitimate grievances of half of America’s voters, Democrats blamed President Trump and some members of Congress for inciting the violence — a flat out lie. In fact, the president actually told protesters to go “peacefully and patriotically” to the Capitol and has since stated his intent to have a peaceful transfer of power on Jan. 20.

While the events of Jan. 6 were shocking and disheartening, what has me truly baffled is the Democrats’ response since. Instead of pouring oil on the troubled waters of discontent in America, the Democrats, Big Tech, and the mainstream media are now using this riot in the Capitol as an excuse to attack Republicans.

They are calling for another impeachment of President Trump and for the arrest and removal of members like me who lawfully objected to the electoral vote certification. They accuse us of “trying to overturn the election” even though Democrats — including then-Sens. Hillary Clinton and Barack Obama — stood before Congress and publicly did the exact same thing in 2001, 2005 and 2017.

Rather than working to unify the country, the left has instead silenced the president and others on Twitter, and even gone so far as to strip Republicans of their ability to participate on alternate social media platforms — so much for the First Amendment. It almost seems as if the Democrats and their allies actually want to sow fear and uncertainty in an America that hasn’t been this divided since the Civil War.

The millions of patriotic Trump supporters are not dumb. For eight long months, we’ve watched as violence and mayhem became the new norm in America with uncontrollable riots led by the extreme left who are bent on destroying our country. We’ve begged the media to pay attention to this violence. Instead, we witnessed Democrat elected officials and the mainstream media encourage this chaos and destruction, even calling it a heroic and worthy cause — death and destruction be damned.

How is it only now that Democrats are suddenly willing to call out violence? It’s because now they can blame it on President Trump, Republican officials, and Trump supporters and call for harsher prosecutions and our removal from office.

Can you imagine if my colleagues and I encouraged others to donate funds to help Capitol rioters post bail, like Kamala Harris and Joe Biden did following the violent protests in Minnesota? Can you imagine if in response to the Jan. 6 riot, a Republican said the words, “Please, show me where it says protesters are supposed to be polite and peaceful” like CNN’s Chris Cuomo said last summer in the aftermath of George Floyd’s death?

Momma didn’t raise no fool — the double standard is obvious to all. Never have I witnessed our Constitution be so trampled on for the sole purpose of the maintenance of political power.

For the sake of a stable future, House Speaker Nancy Pelosi and President-elect Joe Biden should calm the situation down and reconsider this reckless and futile attempt to impeach President Trump. It will do nothing but further divide an already polarized America.