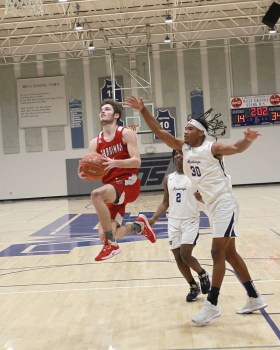 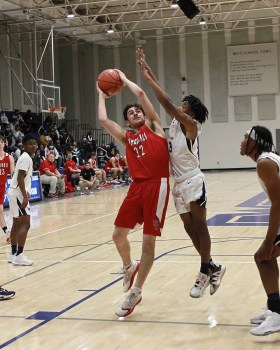 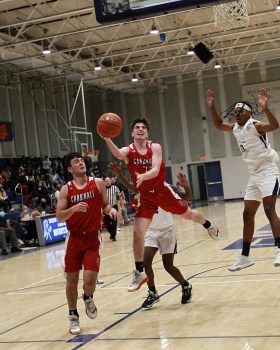 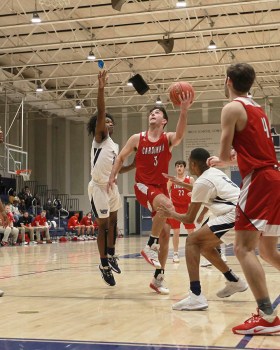 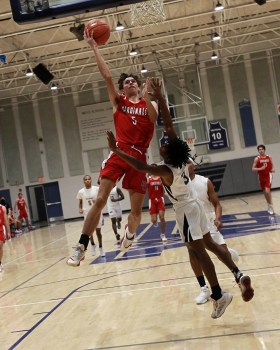 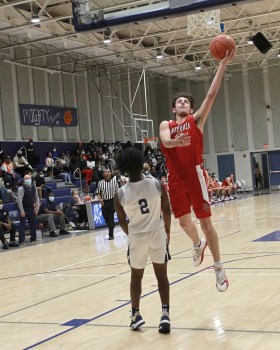 WEST ORANGE – In what could have arguably been a tight and intriguing matchup between the Bridge City Cardinals and West Orange-Stark Mustangs in District 22-4A play at Mustang Gym Friday night turned out to be a gift for the Cardinals.

WO-S played Silsbee on Tuesday and Silsbee had players test positive for the Covid-19 virus afterwards.

At this point, no Mustang players have tested positive but all of the WO-S players that played that night in Silsbee had to go into quarantine as did the Silsbee players.

Therefore, WO-S played the Cardinals with basically members of their junior varsity and freshman teams.

That resulted in a 78-46 easy victory for the Cardinals (12-6, 3-2), as Coach Randall Roberston was able to give his entire varsity roster solid minutes.

The Cardinals controlled the game out and definitely pulled away with a 20-2 spurt in the second quarter to go up 40-14 at the half.

Austin Richardson led the Cardinals with 20 points and had eight rebounds.

Gabe Castillo and Braylon Collins each had double-doubles. Castillo had 16 points and 11 rebounds while Collins had 13 points and 12 boards.

Grant Boudreaux filtered in 12 points for the Cardinals while Ethan Oceguera had nine. Shawn Hallman collected seven rebounds as Bridge City finished with a 53-33 rebounding edge.

WO-S committed 23 turnovers while the Cardinals had 21. Bridge City was 10-of-13 from the free-throw line while the Mustangs were 8-of-13.

The Cardinals will host LC-M (10-10, 2-3) Tuesday in an Orange County showdown. The LC-M throttled Silsbee (7-9, 4-1), who played with its JV, 68-37 Friday night. Meanwhile, the Mustangs will venture to Lumberton (12-6, 4-1) with their young team again as most of the varsity will continue to still be under quarantine.