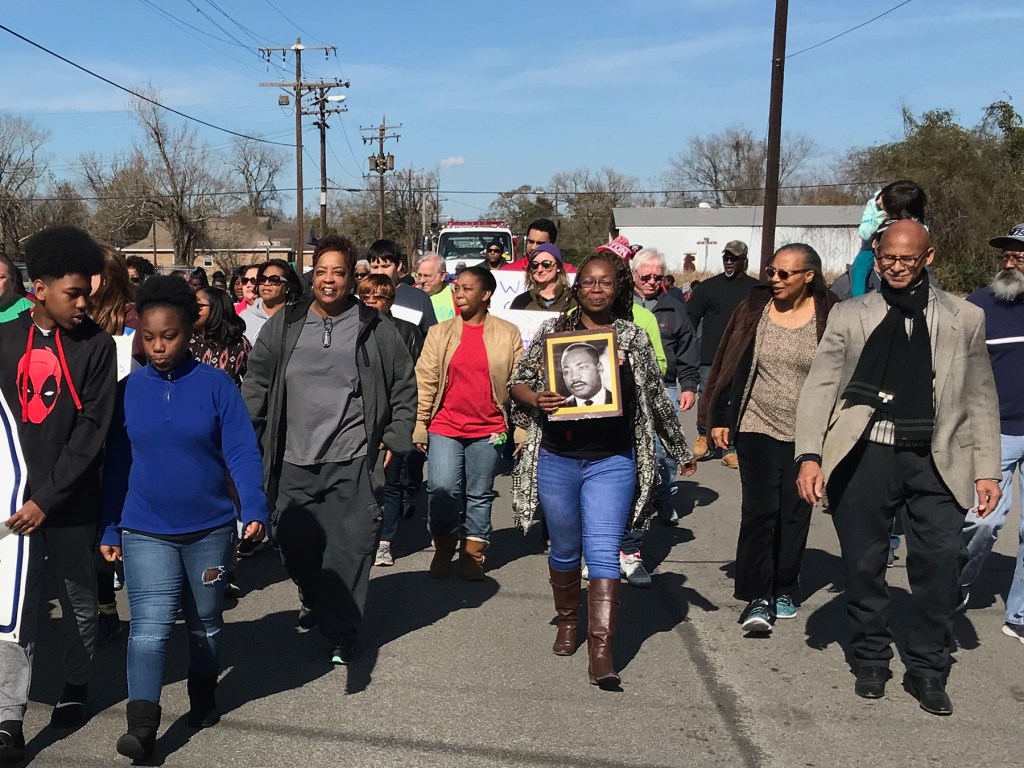 Photo courtesy of Repurpose Memorial MLK Day parade is set for 10 a.m. on Monday, January 18, 2021 starting at Solomon Johnson Park in Orange and ending at Heritage House Museum in Orange.

A parade honoring the late Martin Luther King Jr is set for 10 a.m. on Monday, January 18, 2021 starting at Solomon Johnson Park in Orange and ending at Heritage House Museum.

They are asking people to form groups of no more than 10 persons, ideally from the same household, and will coordinate the timing of each group’s start time so that they can socially distance from other groups.

They will also have free masks to distribute.

There will be no speeches or gathering at the end of the march. Marchers will simply disassemble at the end point.

Martin Luther King Day is a relatively new federal holiday and there are few long-standing traditions. It is seen as a day to promote equal rights for all Americans, regardless of their background. In recent years, federal legislation has encouraged Americans to give some of their time on this day as volunteers in citizen action groups.

Martin Luther King Day was first observed in 1986, although it was not observed in all states until the year 2000.

Day was designed to honor the activist and minister assassinated in 1968, whose accomplishments have continued to inspire generations of Americans.

King was the first modern private citizen to be honored with a federal holiday, and for many familiar with his non-violent leadership of the civil rights movement, it made sense to celebrate him. But for others, the suggestion that King—a black minister who was vilified during his life and gunned down when he was 39 years old.

King did not encourage violence; he was opposed to using violence to promote the cause.

On January 26, 1956, MLK is arrested as part of a “Get Tough” campaign to intimidate the bus boycotters.

In Atlanta, on October 19, 1960, MLK is arrested during a sit-in while waiting to be served at a restaurant. He is sentenced to four months in jail, but after intervention by then presidential candidate John Kennedy and his brother Robert Kennedy, MLK is released.

December 16, 1961, MLK is arrested for obstructing the sidewalk and parading without a permit.

He is arrested again on July 27, 1962, and jailed for holding a prayer vigil in Albany.

On January 3, 1964, MLK appears on the cover of Time magazine as its Man of the Year. MLK is arrested protesting for the integration of public accommodations in St. Augustine, Florida, on June 11 of the same year.

On February 2, 1965, MLK is arrested in Selma, Alabama, during a voting rights demonstration.

On March 28, 1968, MLK leads a march that turns violent. He is appalled by the violence but vows to march again after the protestors learn discipline, according to http://www.thekinglegacy.org/content/king-years

His home was bombed, nearly killed when he is stabbed by an assailant, segregationists bomb the Gaston Motel where he was staying, and stoned by a crowd of angry whites, before being fatally shot on April 4, 1968.