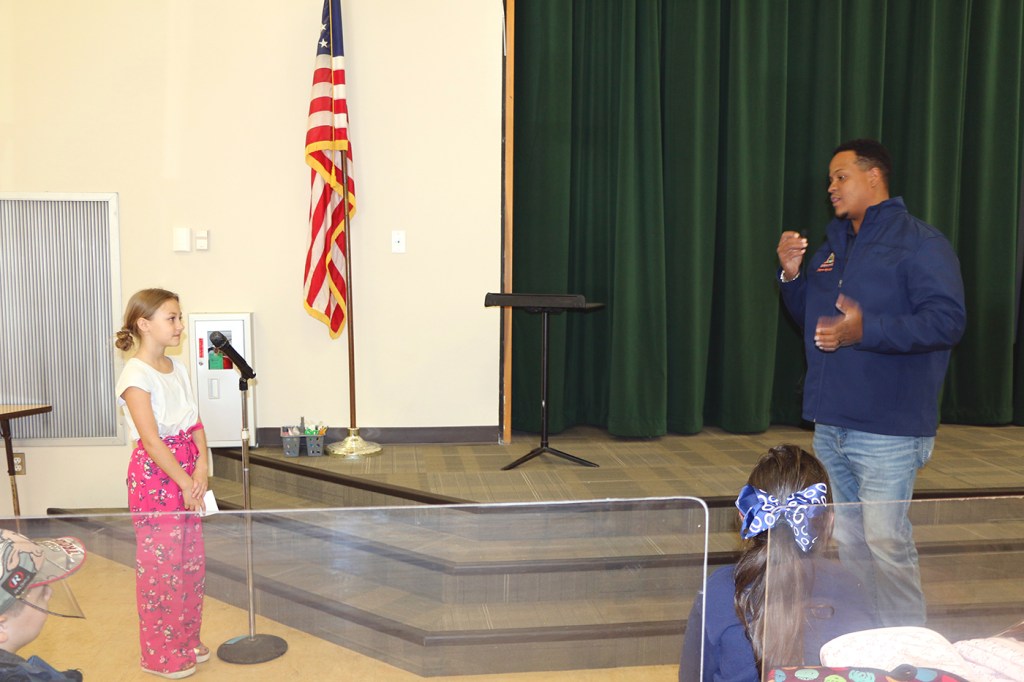 Photo courtesy LCMISD Ally Trero asks Mayor Spears, “Will you run for Governor someday and President?” He explained that in the near future he would be running again for Mayor.

Little Cypress Elementary students of Camille Franklin, Anna Mott and Kathleen Thibodeaux got a chance to ask questions of Orange Mayor Larry Spears on Friday, January 8, when he visited the campus.

The Mayor’s visit was in conjunction with the students’ government studies and the kids were ready with questions for the elected official, who answered each in a way the third graders could understand. Apparently, being an elected official to them meant having lots of money since, “Are you rich?” was something more than one wanted to know. He let them guess before telling them his monthly salary from the City is $184.00, and that he supports his family by working at DOW.

Some of the questions included: “What do you do other than be the Mayor?” Ezra Johnson; “Are you and your government going to bring any new business to Orange?” Remi Wright; “Do you live you a house like the White House?” Branson Fuslier; and “What do you have to talk about with the Governor or the President?”  Avery Arrowood.  Mr. Spears answered each one and complimented the students on their thoughtful questions.