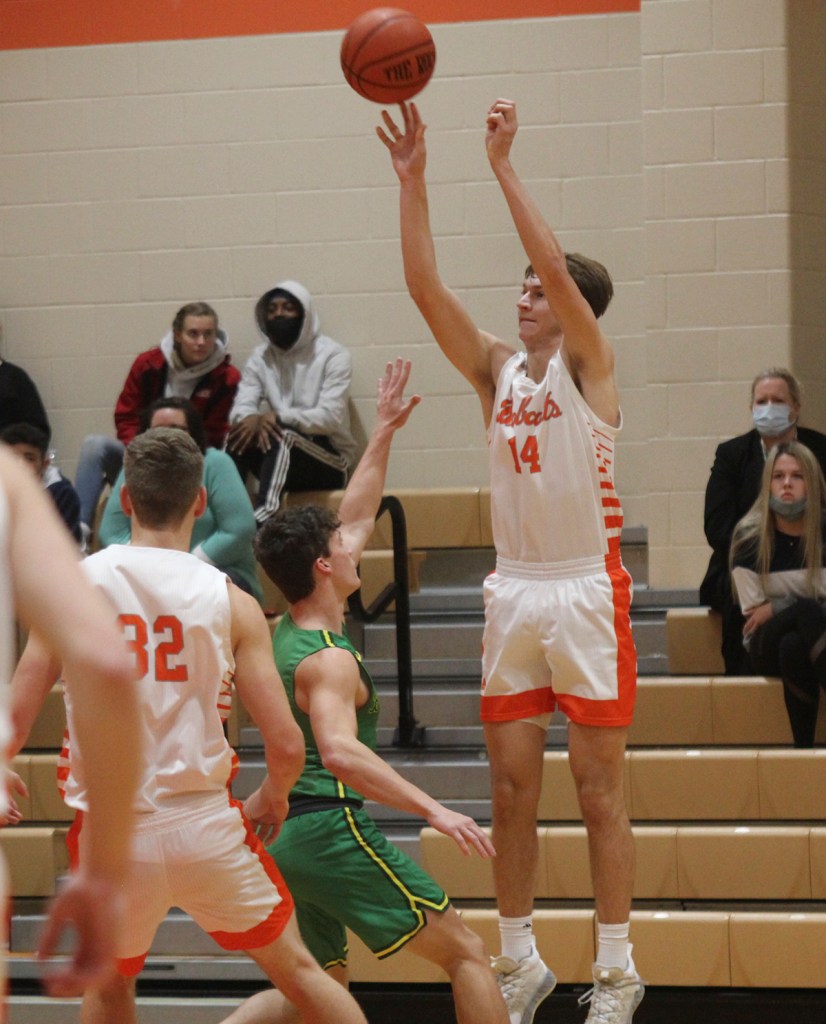 ORANGEFIELD – Controlling the game from almost the start, the Orangefield Bobcats cruised past the Little Cypress-Mauriceville Bears 63-50 in District 22-4A action at Bobcat Gym Tuesday night.

Bryce Bergeron sparked the Bobcats with a game-high 26 points and also added seven rebounds. Eighteen of his points came in the second half, including 10 in the big third-quarter run.

Guard Pete Ragusa had 15 points for the Bobcats, all coming in the first half. He scored all 10 of the Bobcat points in the second quarter as they led 28-20 at intermission.

The Bears are still without the services of senior standout Jesse Doucette. The Bears’ leading scorer on the season remains out due to a tough high ankle sprain.

Ben Elliott led the Bears with 24 points, 15 of them coming in the fourth quarter as LC-M outscored the Bobcats 24-14 in the last eight minutes. Elliott also had five rebounds.

Aaron Miller had eight points for the Bobcats while Payton Wrinkle contributed seven points and five boards. Morgan Sampson did a superb job on the boards again as he ripped down a game-high 12 rebounds.

The Bobcats finished with a 29-22 rebounding edge. Both teams had 14 turnovers.

The Bobcats will venture to Vidor Friday while LC-M welcomes in Silsbee.