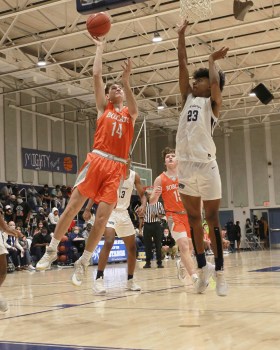 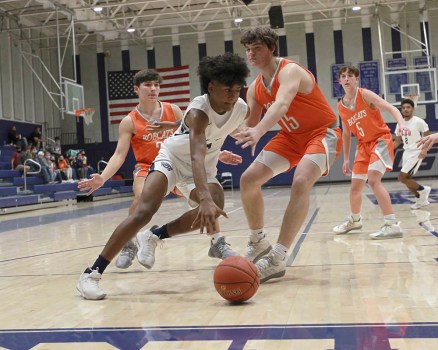 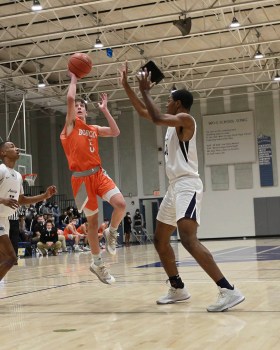 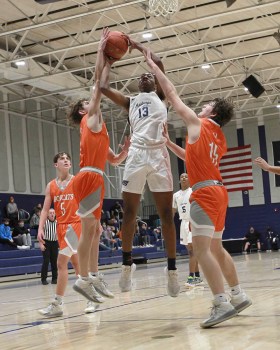 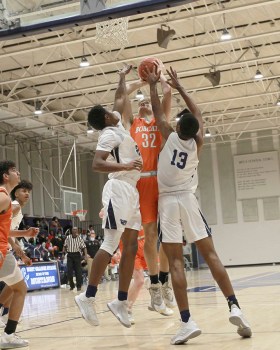 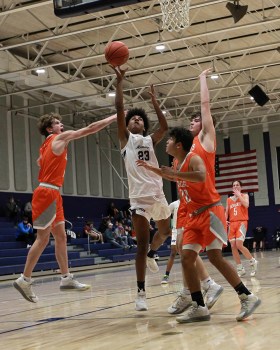 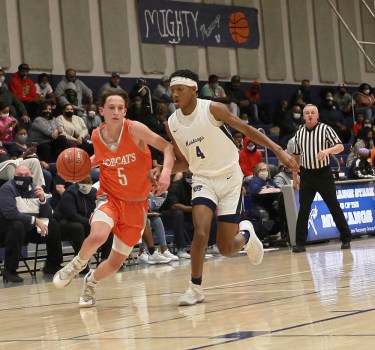 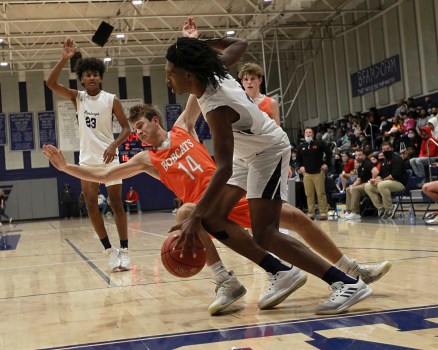 WEST ORANGE – Needing a vital win to stay in the heat of the District 22-4A race, the Orangefield Bobcats managed just that as they rolled past the West Orange-Stark Mustangs 63-46 at Mustang Gym Friday night.

The Bobcats extended a slim 29-27 halftime edge to 42-31 with three minutes left in the third quarter.

The Mustangs scrambled back with a 11-2 run to trim it to 44-42 with 4:20 remaining but the Bobcats slammed the door with a 19-4 spurt as six different Bobcats scored in the fourth quarter. Orangefield outscored WO-S 34-19 in the second half.

Payton Wrinkle was the main “instigator” for the Bobcats Friday as he poured in a team-high 24 points and pulled down a whopping game-high 16 rebounds from his guard position.

Point guard Pete Ragusa had 11 points for the Bobcats, 10 coming in the first half. Aaron Miller also got in double figures with 10 points while Bryce Bergeron had six points and seven rebounds. Morgan Sampson played big in the fourth quarter and finished with six points and five boards.

The Bobcats, who got beat bad on the boards in a tough loss to Lumberton Tuesday, rebounded well against the taller Mustangs as Orangefield finished with a 38-36 edge on the glass.

Mustang forward Michael Wardlow had another solid outing in piling up points for the Mustangs as he filtered in a game-high 25 points and had eight rebounds.

Quintin Proctor had eight points, all coming in the first half, and seven rebounds for WO-S while Darren Anderson added six points and Braden Gant hauled in eight rebounds.

The Bobcats led 15-14 at the end of the first quarter as Wrinkle had 10 points in the period and drilled a corner three-pointer at the buzzer while Wardlow had six points for the Mustangs.

Ragusa tallied eight points for the Bobcats in the second quarter while Wardlow had seven and Proctor six for the Mustangs.

The Mustangs finished with 18 turnovers while the Bobcats had just 11.

Orangefield was 9-of-15 from the free-throw line while the Mustangs were just 3-of-10.

The Bobcats will welcome in LC-M Tuesday night while the Mustangs will make a trek to Silsbee.