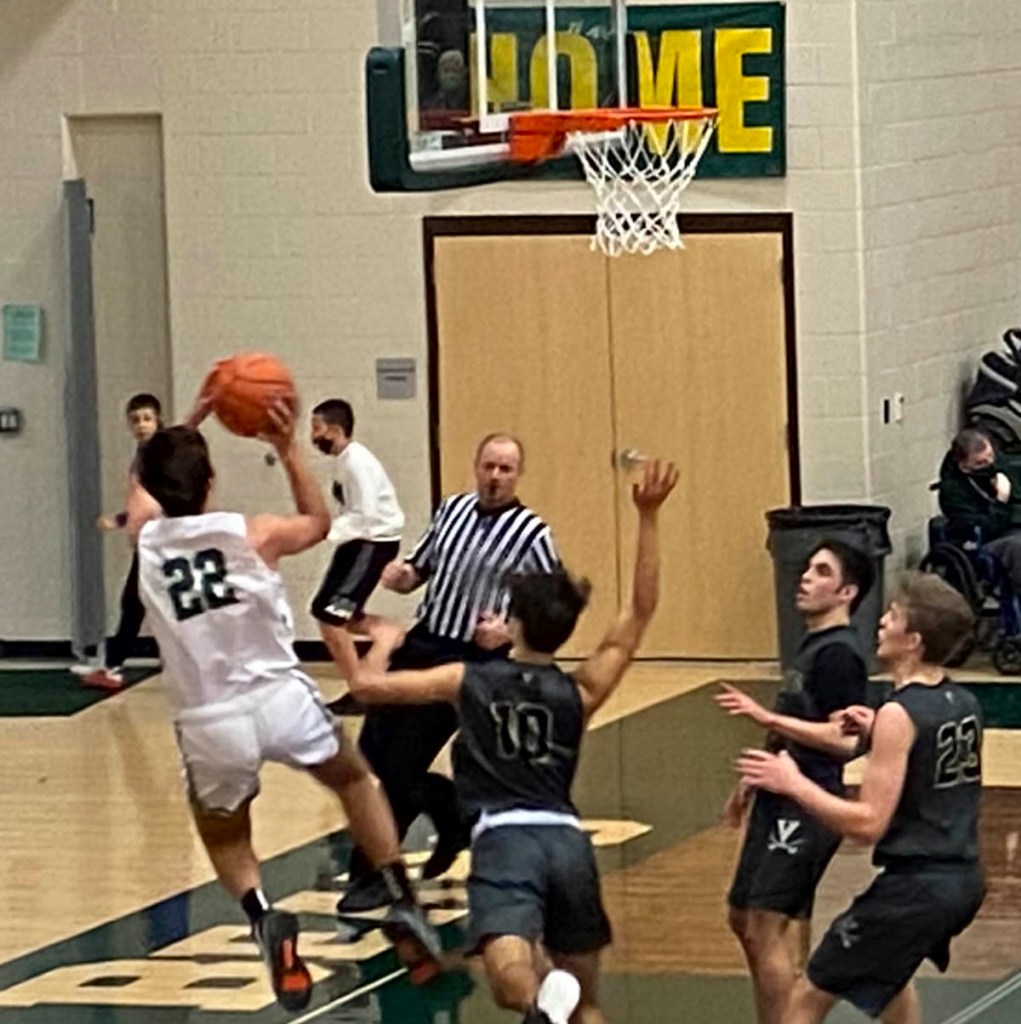 LITTLE CYPRESS – Little Cypress-Mauriceville beat Vidor 55-50 in a tightly contested District 22-4A meeting on Friday night at The Grove as the Bears nailed down their first district win of the season.

While it wasn’t particularly high-scoring, the first half was neck-and-neck between the Bears (9-9, 1-2) and the Pirates (1-11, 0-4). Both schools played great team basketball with contributions from nearly every player in their lineups. At the end of the first quarter LCM led 15-13, and that lead stood at 25-21 at the half.

The action picked up in the second half as Vidor started closing the gap. Easton Walker led the comeback with 9 points in the third quarter, bringing his team within 1 at 38-37. As the fourth quarter began Vidor finally pulled ahead for the first time since the game’s start.

The Pirates’ lead didn’t last long though. LCM’s Da’Marion Morris found his way to the hoop and drew contact several times in the closing minutes. Morris’ ability to draw the shooting foul proved to be a difference-maker: his 10 fourth-quarter points were enough to put LCM on top 55-50 at the game’s end.

The Bears’ leaders Friday night included Da’Marion Morris with 16 points and he also filled up the stat sheet with seven rebounds, seven steals and six assists., Ben Elliott with 14, and Brendon Brones with 12. Vidor’s top performers were Easton Walker with a 20-point/13-rebound double-double, and Dayton Whitmire with 16 points.