OP-ED: Story Over a Cup: The wife’s Nemesis 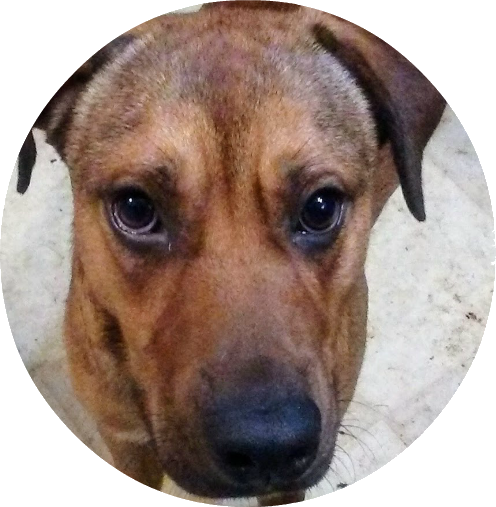 We try and love all of our dogs equally. Of course, we have our favorites and ones that drive us batty.

Jada is our little girl. At 13, she sleeps in the bed. She gets away with a little bit more than the boys. Her whining is annoying at times, but we are always mindful that there will be a time that we will give anything to hear that whine just once,

She is the ultimate diva. She disciplines her boys at whim, and generally she has a good life.

Bernie is the oldest of the boys by about 15 minutes. He is my wife’s favorite. He can do no wrong in her eyes. But, to be honest, he is a well-behaved dog. He has a big heart. Brains, well, not so much. He will bark at a leaf a block away, but runs from plastic bags.

Bill is the youngest. He looks the most different. The only one of our dogs that is black and white, and has hair as opposed to fur. He is also a jumper. Bill jumps gates and fences with ease, and should have been called Houdini.

All my neighbors know him by name from the amount of times he gets out.

Which leaves our middle dog, Roswell.

He is my wife’s nemesis.

It’s not that he hates her. On the contrary, he does everything that he can to get into her good graces.

Unfortunately, he tries too hard.

My wife will go down to kiss him on the forehead or let him lick her face and he will try and grab her glasses.

He will stare at her when she is in the kitchen. An unblinking stare. Just watching her,

It freaks her out every time.

When my wife goes to sit down at the table, Roswell will start whine-talking to her.

I am not sure what others call it, but when a dog starts whining in such a way that it sounds like talking, I call it whine-talking.

He will do that until she pays attention to her. Then look all excited, run in circles and then stare at her some more.

Roswell will go out of his way to get her attention. He will follow her around the kitchen. He will leap up and slam his body against hers as she walks by.

She will yell at him to stop.

He will, for about two minutes. Then he is back at it.

I do not doubt she loves him. But, I think at times she thinks that he should be sent to live with relatives. By relatives, I mean wolves in Wyoming.

Deep down, I think she doesn’t because she is afraid that he will return with them having taught a pack of wolves to do the same.

Michael Cole is a syndicated columnist that when he is not writing, he and Roswell are plotting global domination. You can follow him at www.storyoveracup.com