OP-ED: 2020 highlighted the resilience of Texas and the vigor of the American spirit 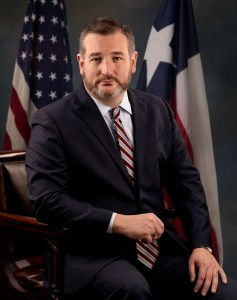 HOUSTON, Texas – In a year marked by unique challenges, U.S. Sen. Ted Cruz (R-Texas) proudly fought for more economic opportunity for millions of Texans, security for America and her allies, and freedom for all Americans to live, work, and worship as they choose.

Reflecting on the past year, Sen. Cruz said:

“Texans are strong and resilient and the American spirit has always been marked by courage and generosity. That spirit was on full display throughout this year as we dealt with the massive economic and public health crisis caused by the coronavirus pandemic. We dealt with enflamed racial division and a polarized political environment.

“Despite all of these difficulties, Texans and Americans alike rose to the challenge to help our neighbors and those in need by supporting our brave health care workers, first responders, grocery store clerks, and other critical workers on the front lines of this crisis, truly making a difference in our communities. People across this great nation exercised their fundamental rights to further the promises this nation was founded upon – freedom and equality. I am confident that we will come out of these troubled times stronger, more united, and renewed in pursuit of freedom and opportunity for every American.

“As we look ahead to 2021, I am deeply honored to continue representing the great state of Texas, and I will continue fighting to reopen our economy and to get millions of Americans safely back to work, back to school, to strengthen America’s national security, and to protect the religious liberty and the constitutional rights of each and every American.”

Standing with the Brave Men and Women of Law Enforcement