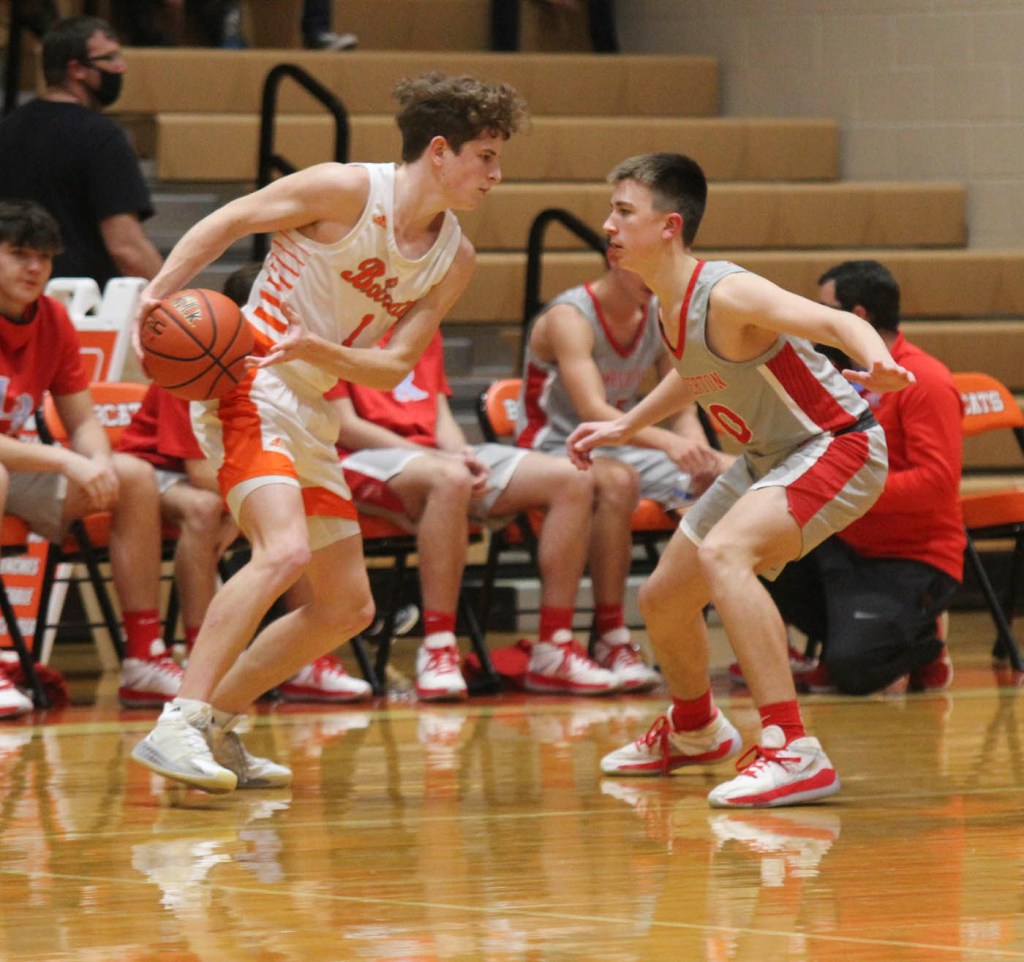 Van Wade/Orange Leader Orangefield's Payton Wrinkle (1) looks to get around the defense of Lumberton's Kade Harmon at Bobcat Gym.

ORANGEFIELD – Riding the amazing touch of Lamar University signee Brock McClure and dominating the glass, the Lumberton Raiders zipped past the Orangefield Bobcats 68-49 in District 22-4A action at Bobcat Gym Tuesday night.

There is no doubt, Lamar is going to get a good one in McClure, who shredded the Bobcat defense for a huge double-double as he scored 42 points while also snagging 16 rebounds.

Guard Pete Ragusa led the Bobcats with 20 points, 16 of them coming in the first half off impressive drives to the basket.

The Raiders outscored the Bobcats in every quarter and utilized a big 22-10 spurt in the second quarter behind 14 McClure points as Lumberton led 36-20 at the half.

The Raiders finished 18-of-30 from the free-throw line while the Bobcats were just 10-of-21.

The Bobcats had just seven turnovers on the night while the Raiders committed 14.

The Bobcats will look to bounce back Friday when they make a short road trip to West Orange-Stark to face the Mustangs.