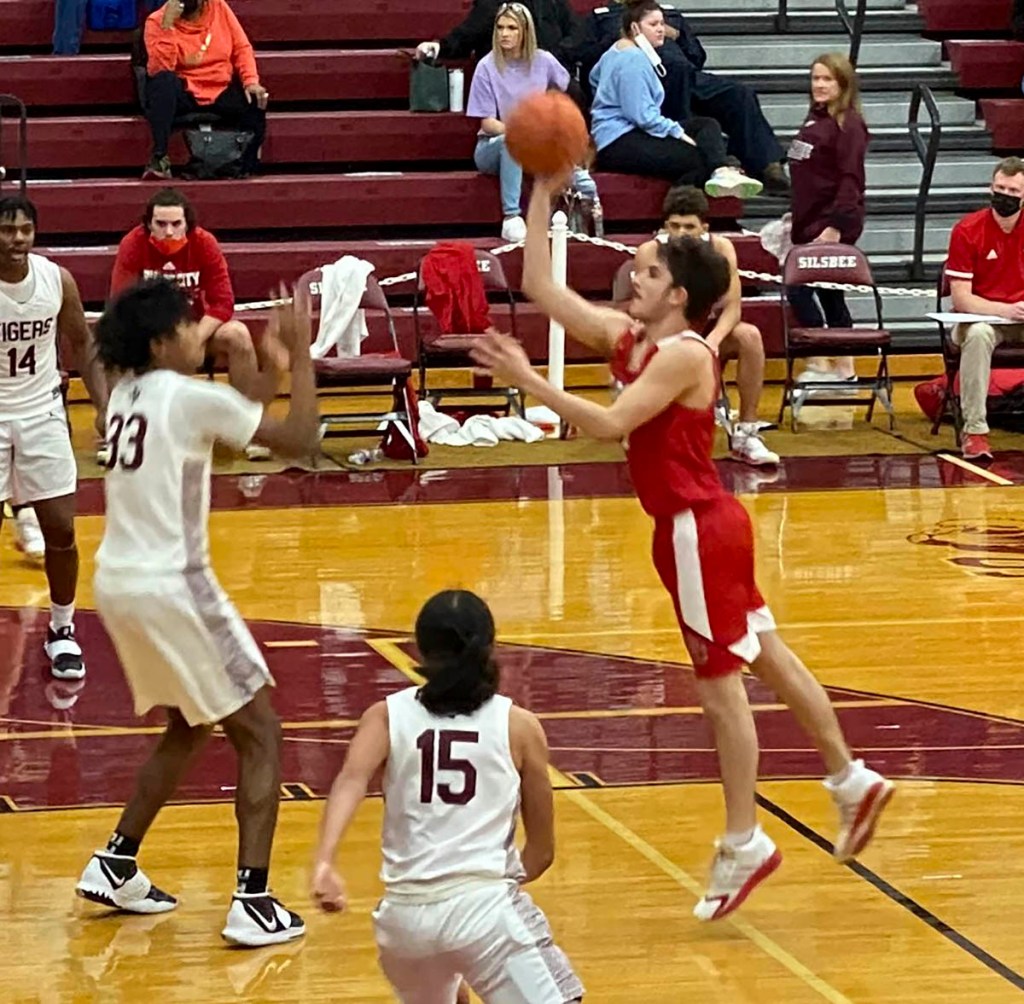 SILSBEE – The Silsbee Tigers put another mark in the win column after a 72-63 victory over Bridge City in Tuesday’s District 22-4A meeting at Tiger Gym.

Both teams started out cold with Silsbee (5-8, 3-0) leading just 10-7 after the first quarter. The slow start was quickly forgotten though as Bridge City (11-5, 2-1) and Silsbee went bucket-for-bucket with each other. At the end of the first half Silsbee held a five-point lead at 32-27.

Going into the second half, things began to get chippy.

With tensions on both sides running high after a couple of early fouls, both schools turned up the defensive intensity in the third quarter. Bridge City fought hard to compete, scoring 11 points to Silsbee’s 14 in the quarter. However, the small lead Silsbee held continued to grow heading into the final quarter of play. The Tigers’ Dre’Lon Miller caught fire, closing the game out with 16 points in the fourth to give Silsbee the 72-63 win.

The Tigers’ top performer was Dre’Lon Miller who had 34 points and 6 boards. Shan Gilder Jr also contributed 21 points of his own for Silsbee. Bridge City’s leaders included Grant Boudreaux with 25 points, and Gabe Castillo who put up 20 points as well.

Silsbee now sits at 3-0 in District 22-4A and will play Lumberton for a battle for first-place. After the tough loss, Bridge City is now 2-1 and have the night off on Friday before they also face off against Lumberton next week.