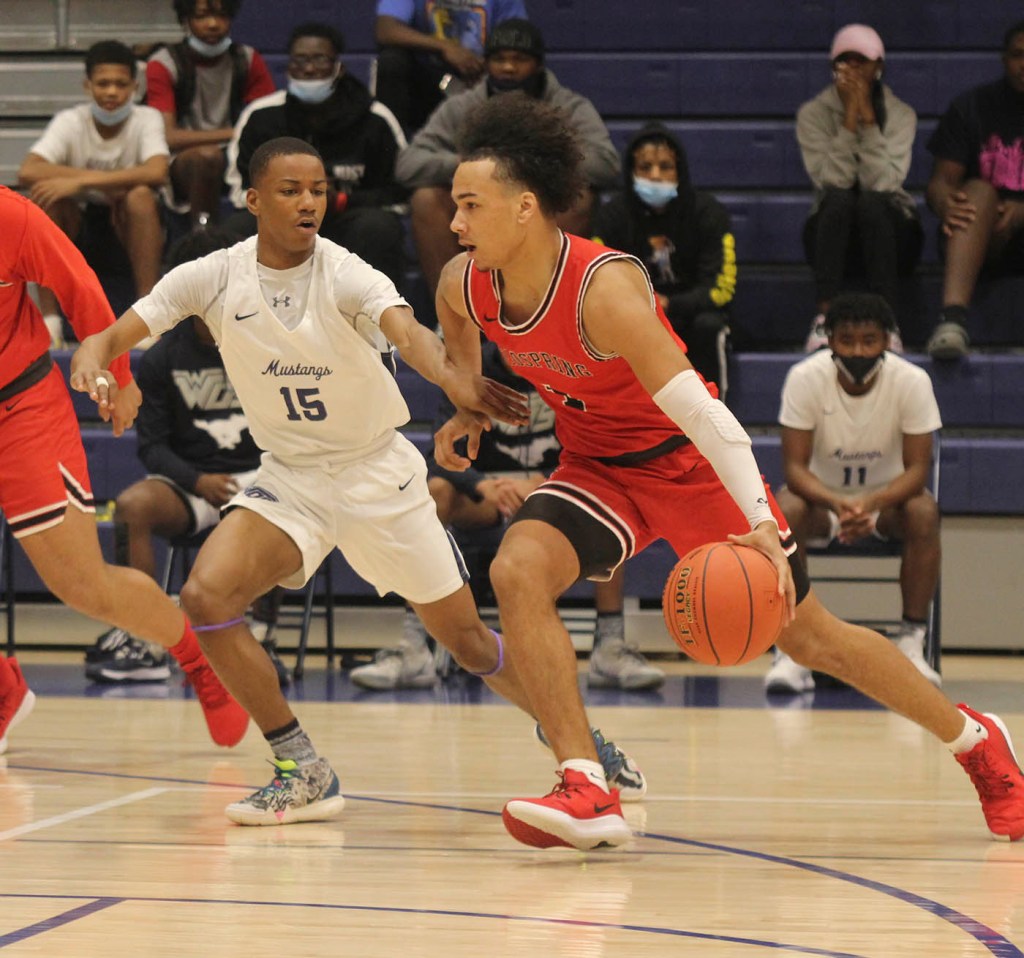 WEST ORANGE – Getting off to a slow start, the West Orange-Stark Mustangs made a nice surge against Coldspring Thursday at Mustang Gym but the Trojans were able to hang on to walk away with a 69-62 victory.

The Trojans, ranked No. 3 in the state in the Class 3A ranks, built their biggest lead of the game in the third quarter with a 46-25 lead. However, the Mustangs upped their full-court pressure that hampered Coldspring the rest of the way as WO-S went on a 37-23 run to end the game.

Trojan post Dante Eldridge joined Lawniczak in the double-double club as he finished with 15 points and 12 rebounds before fouling out midway in the fourth quarter.

Bryan Keller, Michael Wardlow and Jailen Brown led the second-half WO-S rally as the trio teamed up for 31 second-half points.

Keller finished with 17 points and six rebounds and hit two big three-pointers in the fourth quarter.

Wardlow had a double-double, notching 14 points and 10 rebounds while Brown had 11 points, eight coming in the fourth.

Coldspring finished with a 48-43 rebounding edge.

The Mustangs finished 13-of-22 from the free-throw line while the Trojans converted 17-of-25.

The Mustangs will return to District 22-4A action Tuesday when they travel to Vidor. WO-S is 1-0 in 22-4A play after a district-opening win over LC-M.