Bears ‘grit’ one out over Splendora 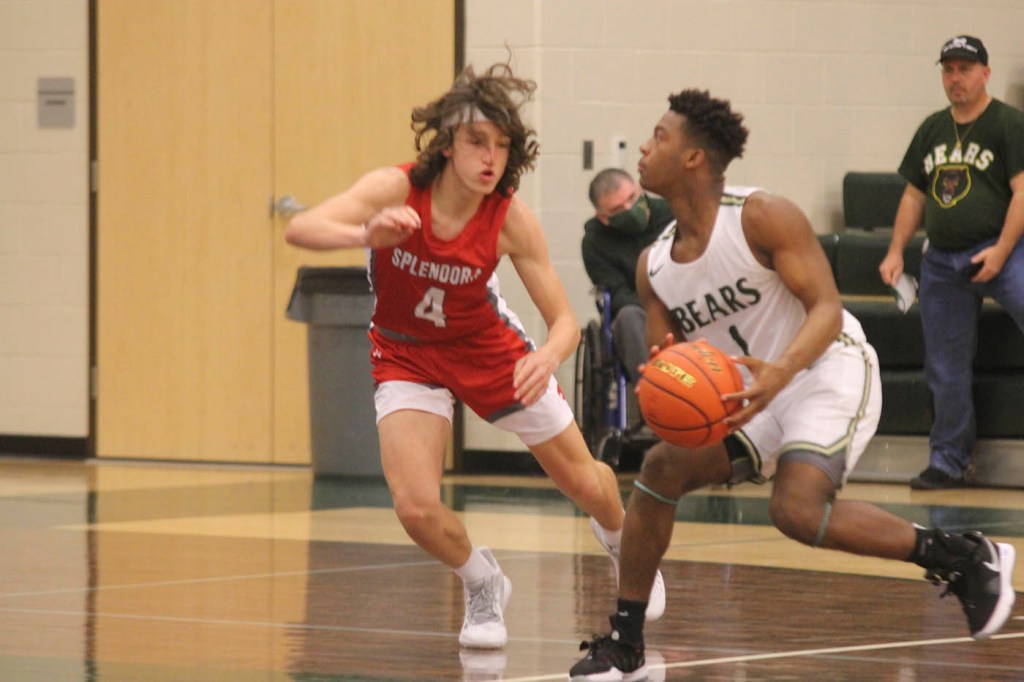 LITTLE CYPRESS – Gritting one out.

That is what the Little Cypress-Mauriceville Bears accomplished Wednesday afternoon as they downed the Splendora Wildcats 54-50 in non-district action at the Grove.

The Bears (8-8) paced by the double-double of sophomore Ben Elliott, were able to keep the Wildcats (6-6) at bay in the closing minutes to preserve the victory.

Elliott finished with 21 points and 10 rebounds and he scored 17 of his points in the second half.

Missing three varsity players, including leading scorer and senior standout Jesse Doucette, who is out nursing a knee injury, the Bears battled hard to nail down the win.

The Wildcats would simply never go away, thanks to their three-point shooting. Splendora drained 10 treys in the game, sparked by Ian Ferrari, who had a game-high 23 points to go along with five three-pointers.

The Bears led 14-11 at the end of the first quarter as post Brendon Brones scored seven of his nine points in the period. Brones also yanked down a game-high 11 rebounds.

The Wildcats rallied in the second quarter to take a 27-24 halftime edge. As Ian Ferrari drained three three-pointers in the period and Lucas Ferrari, who had nine points, hit two of his own in the quarter.

The Bears went on a 16-8 tear in the third quarter and led 40-35 going to the fourth and held a 40-32 lead late in the period. Elliott erupted for 12 points in the third, including draining two three-point shots.

Splendora went on an 11-0 spurt to grab a 43-40 lead early in the fourth quarter with Ian Ferrari scoring seven points in the spurt.

The Bears recovered nicely, finishing the game with a 14-7 rally, led by guard Da’Marion Morris, who had five late points. Morris finished with 13 points and five rebounds.

LC-M could never quite put the game away though as they connected on just 4-of-14 free-throws in the fourth quarter and finished 7-of-18 for the game.

Ian Ferrari was able to cut it to 52-50 with seven seconds left with his fifth three-pointer.

Elliott sealed it though by draining two free-throws with 4 seconds remaining.

Jaxon Ward contributed 15 points and six rebounds for the Wildcats.

The Bears controlled the boards, outrebounding the Wildcats 32-18. LC-M finished with just 13 turnovers while the Wildcats had just 12. Splendora finished 3-of-5 from the free-throw line.

The Bears will play host to Houston Wheatley Saturday night.