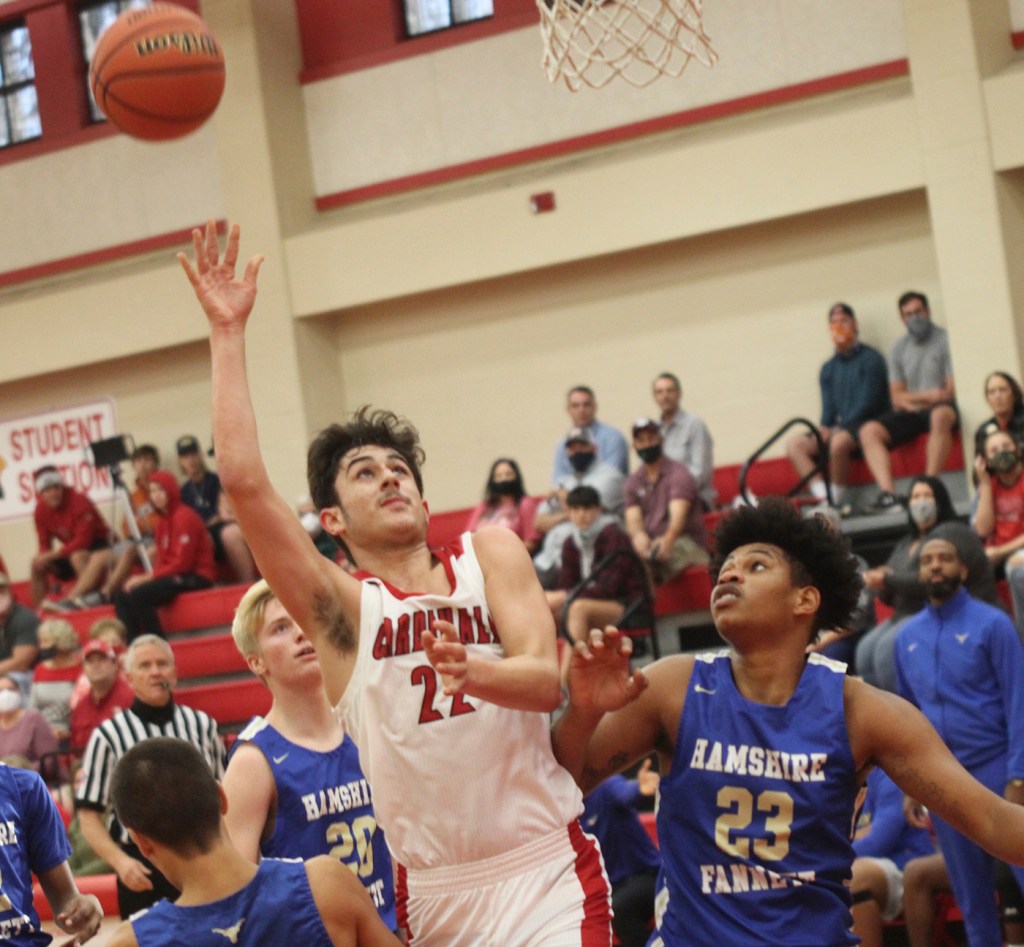 BRIDGE CITY – The Hamshire-Fannett Longhorns beat the Bridge City Cardinals 67-31 in a non-district meeting on Tuesday afternoon at Cardinal Gym.

The Longhorns hit the ground running, taking an early 16-10 lead thanks to eight first-quarter points from Colin Dorsey. While the Cardinals tried hard to even the score, they were shut down and only scored 9 second-quarter points on the Longhorns’ stifling defense. At the half, Hamshire-Fannett led 33-19.

The second half was equally rough for Bridge City, as they scored just 12 points in the third and fourth quarters combined. The Longhorns continued to play lockdown defense, creating turnovers which they turned into several easy transition buckets. Hamshire-Fannett kept adding to the lead, ending the game with a blowout win by 36 points.

Leaders from the game included HF’s Colin Dorsey with 15 points, Kage Drake and Robert Reed with 11, and Jordan Lavergal, who chipped in 10 points plus four blocks. Bridge City’s top scorer was Austin Richardson with 11 points while Gabe Castillo was second on the team with 5. The Cardinals were without the services of standout point guard Grant Broudreaux, who missed the game due to illness.

Hamshire-Fannett moves to 9-2 overall and will travel to Houston-Worthing tomorrow for their next game. Bridge City’s record now sits at 11-3 before they head to East Chambers for a game tomorrow as well.