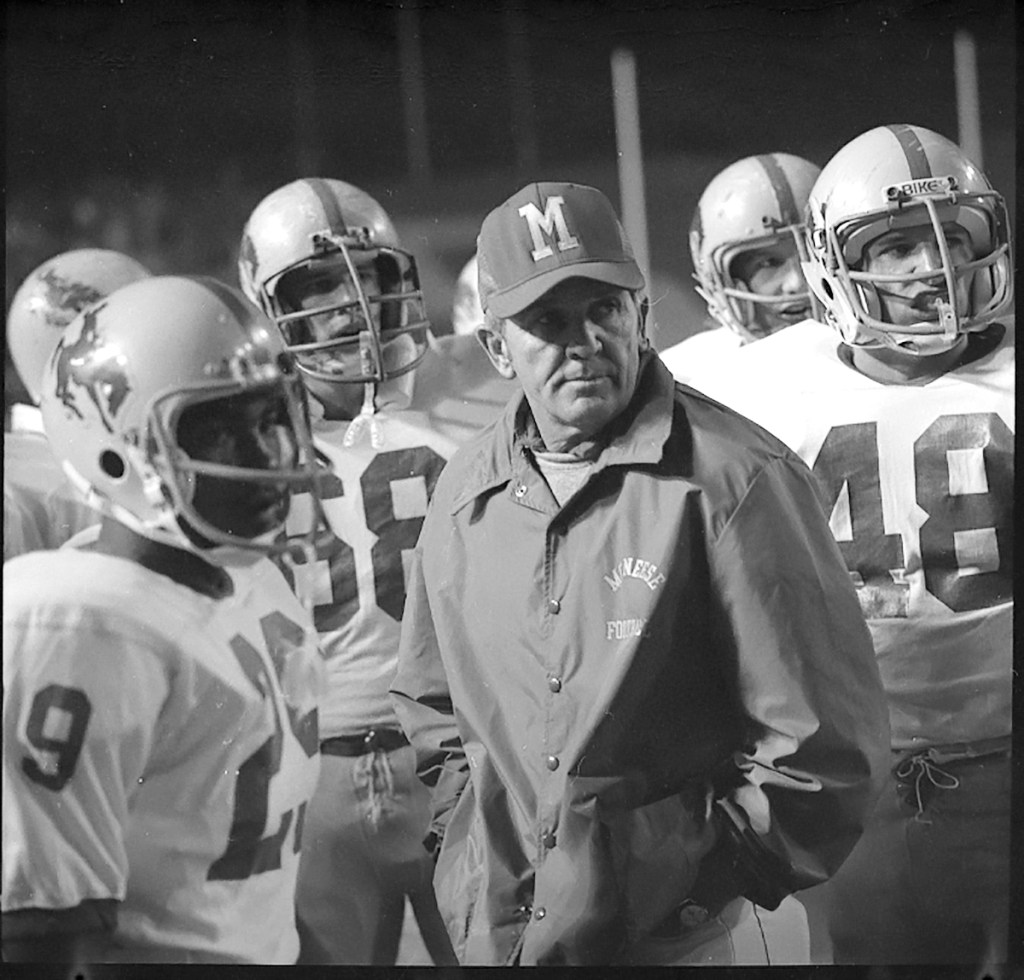 Ernie Duplechin, who coached McNeese State to two Independence Bowl appearances as well as to the best winning percentage in Southland Conference football history, passed away on December 24.

Funeral services will be held Monday (Dec. 28) at 2:30 p.m. at Trinity Baptist Church (North Venue).  Visitation will be from 12:30 p.m. until time for the service. Interment will be at Consolata Cemetery.

Duplechin, 88, spent his collegiate coaching career at McNeese, serving as both assistant coach and head coach as well as athletic director.

A standout football player at both Basile High and Louisiana College, he joined McNeese in 1965 for a 22-year career.

As a college athlete Duplechin earned a total of 10 letters in football, baseball, basketball and track at Louisiana College.  For 11 years he coached in high school, serving as head coach at Ville Platte High and Basile High and as an assistant at Eunice High.

He joined McNeese in 1965 as the defensive backfield coach and was promoted to head coach in 1979.  That year he led the Cowboys to an 11-0-0 record, one of only five undefeated marks in the nation, to a Southland Conference championship and to an appearance in the Independence Bowl.

The following year the Cowboys went 10-2-0, won the conference title again and appeared in a second Independence Bowl.  His final year as head coach the team posted a 7-3-1 mark, giving him a 28- 6-1 record and a .814 winning percentage that still stands as a Southland Conference record.

The Cowboys home field record during those three years was a 15-2-0 mark, a winning percentage of .892.

In his three years as the Cowboy head coach he earned SLC and Louisiana Coach of the Year honors, his teams produced 26 first team all-conference players and 10 players went on to professional careers.

When Duplechin took over the head football coaching role, he also assumed the school’s athletic director’s position which he held until he retired.

He is a member of both the McNeese and the Louisiana College athletic Halls of Fame.