Artist captures gifts of the Creator 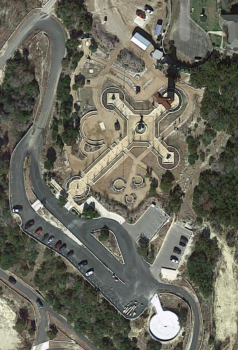 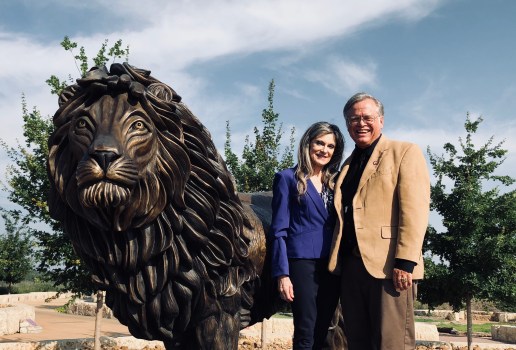 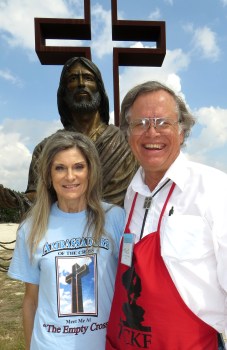 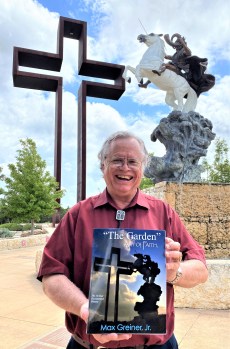 Courtesy photo Max Greiner, Jr. displays ‘The Garden’, a book he wrote about the 14 year struggle to erect a 77 foot 7 inch tall cross in Kerrville, Texas.

A wildlife artist from Southeast Texas now sculpts of creation.

Max Greiner, Jr. grew up in Beaumont and Port Arthur and resides in Kerrville, Texas with his wife, Sherry.

“Sherry and I met at 16 and 17 at Thomas Jefferson High School in 1969,” Greiner said. “We were married in an outdoor wedding that we designed on the family farm in Woodville, Texas, in August of 1975.”

Greiner describes himself as a 69-year-old husband, father, grandfather, professional artist, sculptor, writer, and photographer. He also graduated from Texas A&M University with a degree in Architecture.

With his pieces collected across the states and in over 80 countries, he still produces wildlife pieces but is quickly becoming more known for his creation pieces.

“My art has been owned by the stars of business, movies, TV, sports, music, politics and religion,” Greiner said. “Owners of my art have included Billy Graham, Franklin Graham and Pope John Paul II.  Politicians who own my art include George W. Bush, Ted Cruz, Michele Bachmann and Mike Huckabee.”

One of his earliest supporters were the late Tony and Margret Dal Sasso, who also became friends of the artist over the years.

“In my early years I fell in love with the outdoors,” Greiner said. “I was in scouts, Jamboree and just loved the outdoors and wildlife.”

So inspired by the outdoors, he became a success bowhunter, winning numerous trophies and took a course in taxidermy.

“I was able to avoid mowing the grass,” he said with a laugh. “In high school, I was asked to teach a class on taxidermy at Thomas Jefferson. Some of the teachers even took the class.”

The correspondent course he took from age 8-10 also lead to some creative art designs while attending A&M.

“I created a raccoon leg jewelry box and a frog leg hand mirror,” Greiner said. “I got A++ in creativity and design.”

Greiner began a new series of work which has a deeper meaning.

“Before I created the Divine Servant, God told me to make it,” Greiner said. “But I ignored it.”

In the time that followed, 95-percent of Greiner’s collectors went bankrupt.

“It was during the Elk and Caribou sculpture,” Greiner said. “They would tell me, ‘We can’t, not able.’ Those were tough times with the economy crashing in the last 80s.”

Greiner reflected on how his father always told him to put money aside.

“There I was, no income,” Greiner said. “God spoke. I was to create a sculpture of Jesus washing Peter’s feet. But what was I doing? I was sitting on our land. I put God on hold and that is not a good thing to do.”

Greiner described how things got worse for him and his wife as he watched her health fail and the economy to continue to plummet.

Greiner, a Southern Baptist, had a Methodist friend stop by one day.

“Jim Beard came over and said, ‘God said do that sculpture. Life won’t turn around until you do.’’ Greiner said.

He said he had read the words but had not experienced the words until he prepared for the artwork.

He described how he washed Jim’s feet, then Sherry’s feet. Then his feet were washed.

“It is harder to have your feet washed than it is washing someone’s feet,” Greiner said.

The experience is how Greiner was able to capture the confidence in Jesus’ face while relaying the confusion Peter must have felt at the time.

After two years of ignoring what God had told him to do, Greiner said the iconic piece brought them out of the recession.

He has done other pieces such as Fisher of Men.

“When he tells me, I do it,” he said. “He trained me with the wildlife pieces using them to build up my confidence. But I finally got with the program and listen to what he tells me.”

Greiner had not planned on opening a ministry, either.

“I wanted to make a living making art while living in the woods,” Greiner said.

He has also, through his architectural training, designed and created The Empty Cross garden.

“Create a deer sculpture and no one cares,” Greiner said. “Raise a cross for Jesus…”

Raise a cross, Greiner did.

On May 5, 2006, a 77-foot 7-inch tall Cor-ten steel sculpture was proposed to be erected in the approximate center of the USA on Interstate-10, halfway between the Pacific and Atlantic Oceans, at the same latitude as Israel. The exact location is in the Texas Hill Country town of Kerrville.

Cor-ten or A606, is a unique material gaining popularity thanks to distinctive rust patina. This natural yet stable protective coating acts as a defense against further corrosion. It has an eco-friendly coating and is fully recyclable.

It is the 14 year struggle to raise that cross and the garden which inspired the book, ‘The Garden’ written by Max Greiner, Jr.

The Coming King Sculpture Prayer Garden is filled with 2.25 million dollars’ worth of sculptures donated by three artists. The “Texas Tabernacle” presents 77 Bible verses, etched in stone in a “Path to Heaven”. A seven-story, Cor-ten steel landmark named “The Empty Cross”™ is recognized by many as the most symbolic cross sculpture in the world, according to https://www.thegardenbook.net/

The 490-page book is available at the same website as well as Amazon, Barnes & Nobles, Bookbaby Store, Target, Book Depository, and Walmart.