OP-ED: Election was cleanest in the history of presidential elections 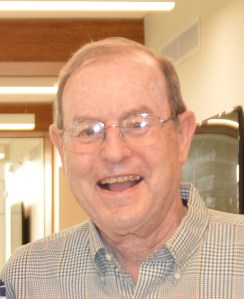 (Editor’s note: As this letter to the editor exceeds the 300-word limit and is in response to a recent column – Voting machine fraud needs to be taken seriously, published December 12, 2020.)

Hummm. Arlon Davis has struck again with another unhinged, around the bend, long missive about how the Democratic Party stole the 2020 election from his hero, Donald Trump. The letter is chock full of every conspiracy theory that has surfaced, none of which have come remotely close to being proven, and all of which have been unceremoniously tossed out of state courts, and twice and by the Supreme Court of the United States. I’ve been closely associated with the federal and state judicial systems for over 50 years, and I know a thing or two about how they work. When you get kicked out of a courtroom immediately after filing a suit, it means that you don’t have a case and that your allegations are unsupported by law or facts, or in this case both. As I said in an earlier letter in response to Mr. Davis’s rants, “everybody is entitled to their own opinion, but they’re not entitled to their own facts”. Mr. Davis likes to bloviate, but all of his assertions are without fact or law to back them up, which is why Rudy Giuliani and his helpers have lost at every tum. I don’t really think many people, even a lot of Trump voters, really believe much of anything that is contained in Mr. Davis’s letter, but it is still necessary to debunk the wild assertions he has made. This can be done easily, so here it goes: JOE BIDEN AND KAMALA HARRIS WON THE ELECTION, which by almost all expert accounts, was the cleanest in the history of all presidential elections.

It was won by over 7 ½ million popular votes, which was the most won by a candidate against a sitting president since 1932 when Roosevelt beat Hoover. The electoral vote wasn’t close either, 306-232. The vote count and the electoral votes have been certified by each state, which includes Republican governors and Secretaries of State, and the Electoral College has voted. It is all over and Joe Biden will be inaugurated as the next President of the United States on January 20th. FACT: Donald Trump lost the election and he is a sore loser, which comes as no surprise. After four years of lies, drama and twisting the Constitution like a pretzel, the majority of the voters got tired of the Trump reality show and kicked him out of office. He and all of his sychophants will shortly be gone. I’ve seen every president since Franklin Roosevelt. I teach American history at LSCO, as well as being a practicing trial lawyer. In my long life I have never seen anything like the Trump administration. The Republican party of Eisenhower, Reagan, and Bush is long gone, and in its place we have a Party that no longer believes in democracy. When John McCain’s campaign manager, Steve Schmidt, and numerous other former Republican Party leaders are deserting the party, it is obvious that something is badly wrong with Republicanism. As Schmidt said, there is now only one party that truly believes in democracy, and that is the Democratic Party, he just joined it. The situation is really troubling, and the trouble is that it rests at Donald Trump’s doorstep. For four years he has preached division, not unity.

What has happened? When at least 60 million American citizens believe or partially believe what Trump is saying, you have to wonder why. I believe, along with many others, that the cause is FEAR – fear of the change that demographers say has been happening for the last 20 years. That fear is so powerful that too many people are willing to sacrifice our democratic way of life to prevent it. Throughout history, far right wing conservatives everywhere have tried to prevent change, but they have always failed. Change may be delayed but it is inevitable. “Nothing is permanent but change.” There will be more equality, less racial prejudice and more social reforms which will keep the “American dream” alive. To indicate the change that’s coming Joe Biden captured the under 25 age vote by twenty five percent. Texas is slowly turning purple and will eventually turn blue. In twenty years, the United States of America will look very different than it looks in 2020. The Republican Party has to adapt to the change or it will die. Mr. Davis and his ilk are way on the other side of history.

Thomas Jefferson, an imperfect man, wrote the perfect statement in the Declaration of Independence: “We hold these truths to be self evident, that all men are created equal, that they are endowed by their creator with certain unalienable rights, that among these are life, liberty and the pursuit of happiness”. That is our ideal, and if we continue to strive for it, America will always be great.