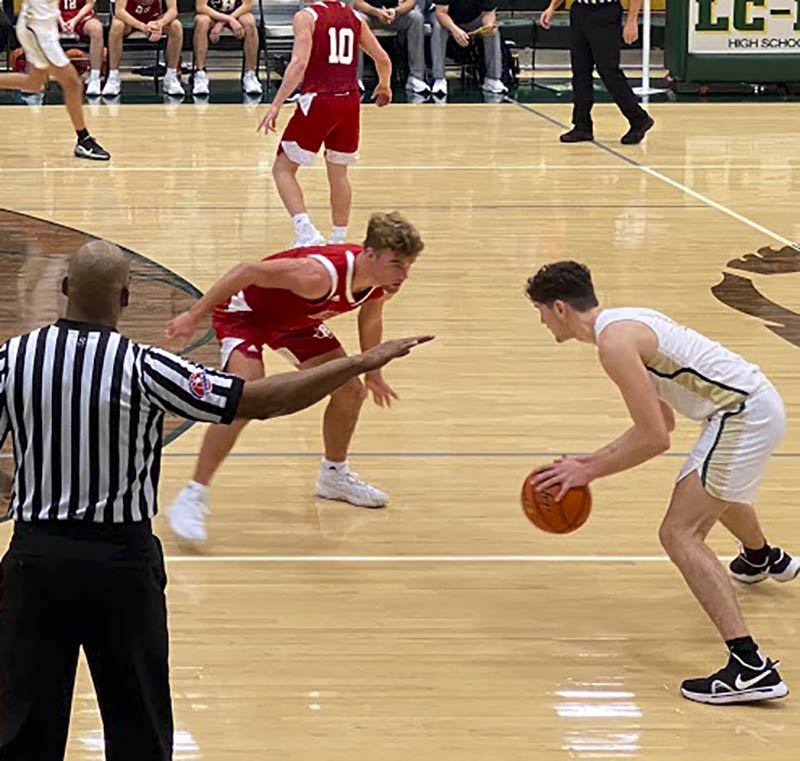 LITTLE CYPRESS – The Little Cypress-Mauriceville Bears took a hard loss 70-55 to the Huffman-Hargrave Falcons in a non-district game on Monday afternoon at The Grove.

LC-M (7-6) entered the contest hoping to upset the Falcons, who was still undefeated entering the matchup. The Bears kept the game within reach at the start, only trailing 17-13 at the end of the first quarter. However, things quickly spiraled out of their control in the second quarter. LCM’s Ben Elliot scored 11 points in the quarter, but it wasn’t enough for his team to pull even as Huffman (13-0) held a 41-29 lead at the half.

In the third quarter LCM scored just 11 points as a team and fell even further behind the Falcons as they faced a 17-point deficit, down 57-40. By the fourth quarter the game seemed to be over for the Bears but they kept battling and outscored the Falcons 15-13.

Leaders from the game were Huffman’s Jacob Harvey with 32 points and Jesse Viramontez with 19. LC-M’s highest scorers were Jesse Doucette with 20 points and Ben Elliot with 15 while Brendon Brones contributed 11.

Although no team is ever happy with a loss, the Bears shouldn’t feel too discouraged after playing such a tough opponent. The Bears will up the ante even more when they face state powerhouse Yates in Houston for another non-district matchup tomorrow at 1:30 p.m.