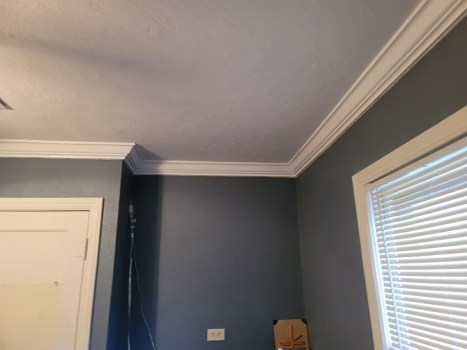 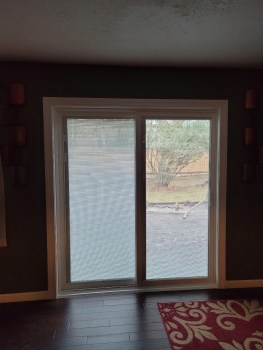 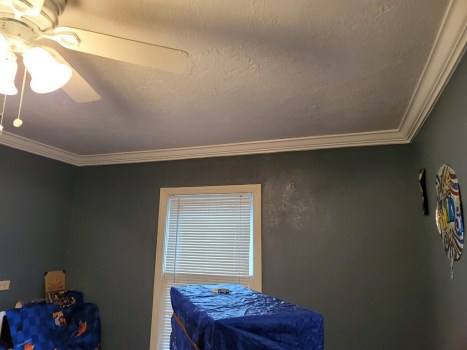 Courtesy photo Team Rubicon helps restore lives to better than before a disaster. The organization recently helped one family by replacing a sliding glass door as well as other needed repairs after Hurricane Laura.

Team Rubicon has launched a new rebuild program following the devastation of hurricanes Laura and Delta as part of its long-term recovery efforts to help vulnerable families in Calcasieu Parish, Louisiana and Orange County, Texas quickly return to their homes.

As part of Team Rubicon’s rebuild efforts, they are also improving accessibility that was not caused by storm damage by addressing clear and present safety hazards, such as exposed outlets, crooked tiles, and safety bars in bathtubs so homeowners can age safely in their homes.

Chrystal Adams, 33, lives with her husband Germain McGzruder, 34, and his 13-year-old son Jermilyn in Orange. Their home was passed down to them by McGzruder’s grandmother, who passed away earlier this year. The family is trying to stay in their home to keep the memory of his grandmother alive and be able to pass down the house to his son, but due to a collapsing roof, they can no longer afford to stay.

“I was contacted by one of the Team Rubicon representatives asking if I was affected by the hurricane and what kind of damage I had,” Adams said. “I am not sure how they found me but I was signing up for different things after the storm.”

Dealing with these disasters hasn’t been easy on Chrystal and her family as they recall evacuating to Katy, Texas for two weeks and returning to a damaged roof.

They attempted to file a claim on their homeowner’s insurance only to discover they did not have the right coverage.

They then used out-of-pocket funds to repair the roof so that the rain wouldn’t continue to wreak havoc inside, which was made worse due to McGzruder being laid off from his job.

Receiving help from the non-profit organization was a stress reliever for the family.

“I was so relieved, I mean, it was just a weight lifted off my shoulders to be able to have my home back in the state it was in before the storm,” Adams said. “It really took a load off of me in having to take care of the house and do the repairs on my own.”

This new commitment to help with rebuild efforts in the region is the fourth investment from Team Rubicon to reach beyond the immediate response phase of the disaster cycle and into the recovery phase. Since its multiyear pilot program to rebuild homes damaged by 2017’s Hurricane Harvey, Team Rubicon has continued to expand its work into helping disaster-affected and undeserved communities recover over the long term.

Over the past three years, in addition to the 108 homes completed in Houston, Team Rubicon has completed 500 roofs and built three new homes in Puerto Rico after Hurricane Maria; and repaired 38 homes and built two homes from the ground up in Collier County, Florida after Hurricane Irma. Using Houston Rebuild as a laboratory for staff development and refining its rebuild practices, the organization has continued to make investments in its approach to reducing potential damage of future disasters and increase the resiliency of these homes.

Houston Project Manager at Team Rubicon Ken Farris has been with the team since February 2017.

“In Chrystal’s home, we were repairing the ceilings in her son’s room and the family room,” Farris said. “We also worked on a sliding glass door and made it safe to operate.”

The work the group does is to help make people whole again, according to Brandon Callahan, Senior Associate, Rebuild Operations at Team Rubicon.

“We don’t discriminate on damages,” Callahan said. “We evaluate each client. We look for those don’t have the means to help themselves.”

The organization does repairs up to and including new rebuilds.

“Lake Charles and Orange were hard hit by Hurricane Laura,” Callahan said. “The Rebuild Operation is primarily in Calcasieu Parish and Orange County.”

First responders from the group started working in those areas immediately after the storm.

“We had Greyshirts in the area in September and October,” Callahan said. “The roofs we replaced are the roofs we put tarps on the day after the storm.”

Greyshirts is a nickname for the members of the group as they wear a gray T-shirt with the name on it and a white space for a person to add their name. It is considered their ‘uniform’ according to Callahan.

“It is unifying for us because it shows we are all here for the same reason,” Callahan said.

“We are aiming to make it better than before,” Houston Project Manager at Team Rubicon Ken Farris said. “We have developed ways to provide the most protection so the roof will last and not just blow off during the next hurricane.”

“We focus on being resilient,” Callahan said. “Build back better. No just to weather the next storm but easier to recover from the storm.”

The organization is currently working on three homes in Orange County with a fourth one expected to be approved for repairs in the near future.

To make a donation to help the organization with it’s mission, visit https://teamrubiconusa.org/give/