OP-ED: Triumph of the vaccine: The swift rescue 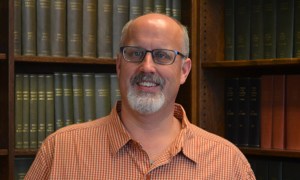 In the first month or two of 2020, we had the first hint of a new, strange disease that originated in Wuhan, China. By March, we were locked down in our homes and have lived unprecedented disruptions of normal life since then. All along we have looked to science for a remedy—holding our breath behind our masks.

Finally, two COVID-19 vaccines are now being released. This is extremely good news. The virus that causes COVID-19 is an insidious little beast that has disrupted the entire world, and effective vaccines are welcome. In a cost-benefit analysis, vaccines offer tremendous blessings with relatively few drawbacks.

I think we have acquired cultural amnesia about vaccines.

I grew up not long after the Polio scares, and in my childhood heard horror stories about outbreaks that left many in iron lungs for the rest of their lives. The disease claimed paupers and presidents; even President Franklin Roosevelt was not exempt, his body permanently weakened and crippled after acquiring the disease as a young man. Decades ago, vaccines were not taken for granted, because we were close to the plagues that still tormented us. The Spanish Flu epidemic was a century ago, and during this holiday from history we have forgotten how desperately people desire to prevent or cure or just effectively treat disease, but there was no technological cure to assuage the suffering of a century ago.

We in the 21st century have drunk from the river Lethe. We have forgotten why we had to develop all these vaccines, and why it was necessary to immunize.

Smallpox was a disfiguring scourge that may have killed up to 10% of humanity before the advent of Jenner’s innoculation. COVID-19 is not so bad as that, but it is bad enough. There has never been a coronavirus vaccine developed for humans. Two other coronaviruses are deadly, but not very contagious, and cases are rare, so it was not deemed necessary to develop vaccines for them. Four others cause some colds, but these are rarely dangerous, so developing a vaccine (or antiviral drugs) is a waste of effort when pharmaceutical expertise could be directed to more needful projects.

Now we have another coronavirus, SARS-CoV-2, which causes the disease we call COVID-19. When it first came to light, I told my students that a vaccine would be developed soon, hopefully by the end of the year.

I suspected that small-molecule antiviral drugs to lessen the severity of the illness would be very difficult to find, and it has proven to be so.

Why was I confident that we would be able to produce vaccines against COVID-19? It has to do with the mutation rate of the virus. HIV mutates so quickly that it’s almost impossible to raise a vaccine against it, although researchers are still trying. Epidemiologists and virologists must decide each year which strains of influenza viruses they want to raise vaccines against, and they do a good job predicting the season to come, but it can be hit-or-miss, because the mutation rate of flu bugs is so high. SARS-CoV-2 mutates with some frequency, but fortunately its mutation rate is roughly a quarter that of influenza viruses.

I thought that COVID-19 would be a good candidate for a vaccine. In early fall 2020, there were several vaccines in phase III trials worldwide. The Johnson and Johnson vaccine triggered too may contraindications (deleterious side effects) and was withdrawn. Two vaccines are being approved and implemented in the United States as of this writing, with others in development and testing.

This is a signal accomplishment, and all responsible—from President Donald Trump and his Warp Speed program to all the researchers worldwide—should take a bow. These are mRNA-based vaccines, too, which is really slick. Never has a vaccine gone from pathogen discovery to vaccine approval in less than a year—it is unprecedented.

The president removed a lot of regulations and accelerated the process of vaccine discovery. Necessity is the mother of invention, and the emergency of COVID-19 enabled us to figure out how to make fast vaccines with streamlined regulations. I believe most of these regulations should be permanently removed, so that drug and vaccine discovery don’t cost well over a billion dollars and a decade of development time. That’s not sustainable.

The time and expense it takes to create a vaccine or to market a drug is a regulatory nightmare. It should never take that much time and treasure to manufacture vaccines and drugs. But because that’s what we’re used to, some assert that the COVID vaccines are “rushed.”

That might be true relative to what we have had to live with in the last decades. The expense of vaccine and drug discovery has been escalating, to the point that manufacturers can’t afford to bring to the public many drugs that are critical to human well-being.

For example, new antibiotics are too expensive to develop, because the manufacturers know they cannot turn a profit on them. This is tragic, because we now see more antibiotic-resistant bacteria than ever before. Pharmacologists see an impending crisis barreling towards us. The amount of regulation we have now is far more than was required in the 1960s, when the FDA was cautious enough to ban thalidomide for pregnant women in the United States.

It is indeed cause for celebration that COVID vaccines are already being distributed, and I will not hesitate to take the vaccine, though I have a good understanding of the coronavirus and do not fear it. I think we have done what our historical moment called for, and I hope biomedicine of the future will be all the better for it.

Dr. Glenn A. Marsch is a professor of physics at Grove City College where he teaches physics and an innovative course, Studies in Science, Faith and Technology. He is a contributing scholar with the Institute for Faith and Freedom. During a sabbatical in 2013, he was a visiting research professor in the Department of Biochemistry at Vanderbilt University conducting biophysics research on drug-metabolizing enzymes in the laboratory of F. Peter Guengerich.