Mustangs fend off Bears in 22-4A nailbiter 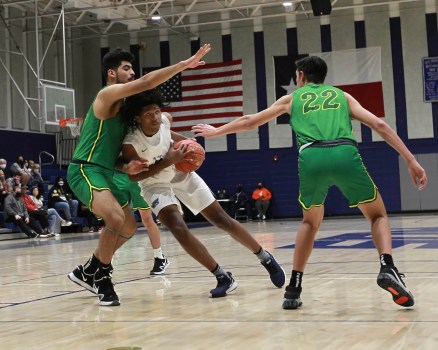 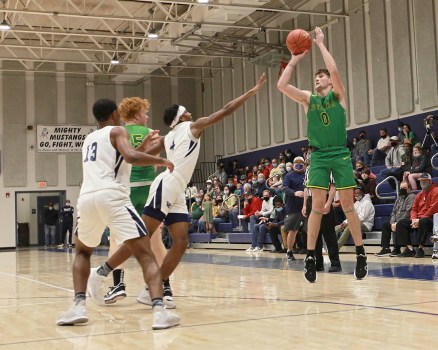 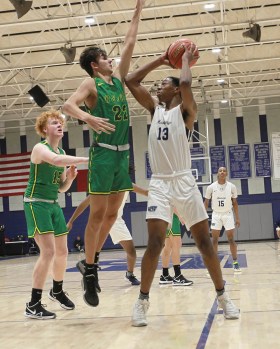 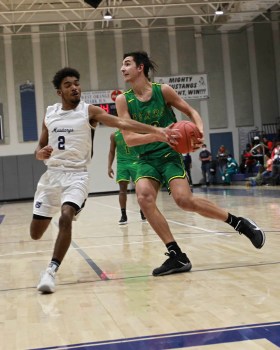 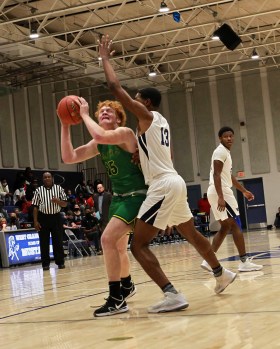 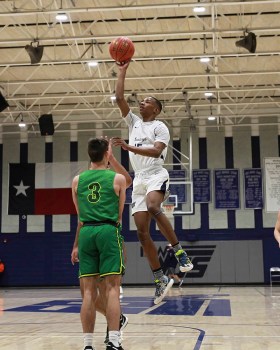 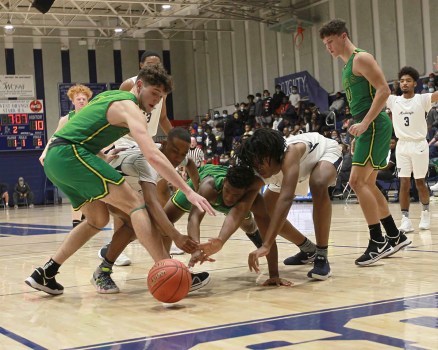 WEST ORANGE – Utilizing a big second half run, the West Orange-Stark Mustangs were able to hang on to defeat the Little Cypress-Mauriceville Bears and Bear senior sharpshooter Jesse Doucette 64-63 at Mustang Gym Friday night as the Mustangs won their District 22-4A opener.

Wardlow led the WO-S late jaunt as he tallied 23 of his team-leading 29 points in the second half.

The Bears did not back down from the nine-point deficit though as Doucette led a huge comeback attempt. Doucette, who scored a whopping 35 points, filtered in 14 points for LC-M in the fourth quarter as the Bears continued to whittle away.

Shooting from the charity stripe became a chore for the Mustangs late. WO-S was just 12-of-26 from the free-throw line for the night and just 4-for-14 in the fourth quarter but managed to hold on.

The Bears had no answer in stopping Wardlow’s drives to the basket in the second half and he scored 13 of his points in the fourth quarter.

LC-M trimmed it to 63-61 after a slashing drive by point guard Da’Marion Morris with 17 seconds remaining.

Wardlow hit one free-throw on the other end to make it 64-61 with 12 ticks left. Doucette then canned two foul shots for the Bears to trim it to 64-63 with 8.83 seconds. The Mustangs then missed two more free throws with seven seconds left. The Bears inbounded the ball to Doucette who crossed the halfcourt line and heaved a desperation shot at the buzzer while being heavily guarded and the Mustangs were able to hang on.

It was a hard-fought game throughout as both teams laid it on the line against each other as always.

The Bears led 10-9 at the end of the first quarter and 27-25 at the half. Doucette had 15 points in the first half while Wardlow had six for the Mustangs.

LC-M led 42-39 heading to the fourth but Wardlow kept the Mustangs in the hunt with 10 points in the third.

The Mustangs finished strong and forced the Bears into seven fourth-quarter turnovers. Besides Wardlow’s big fourth-quarter showing, Darren Anderson scored seven of his nine points for the Mustangs, including a big three-point bomb, in the final eight minutes.

Ben Elliott had 10 points and six rebounds for the Bears while Morris had eight points and seven boards. The Bears finished with a 30-29 rebounding edge as Brendon Brones led LC-M with nine rebounds.

WO-S had just 13 turnovers while the Bears committed 21.

Both teams will be back in non-district action Monday when the Mustangs visit Buna and the Bears host Huffman.