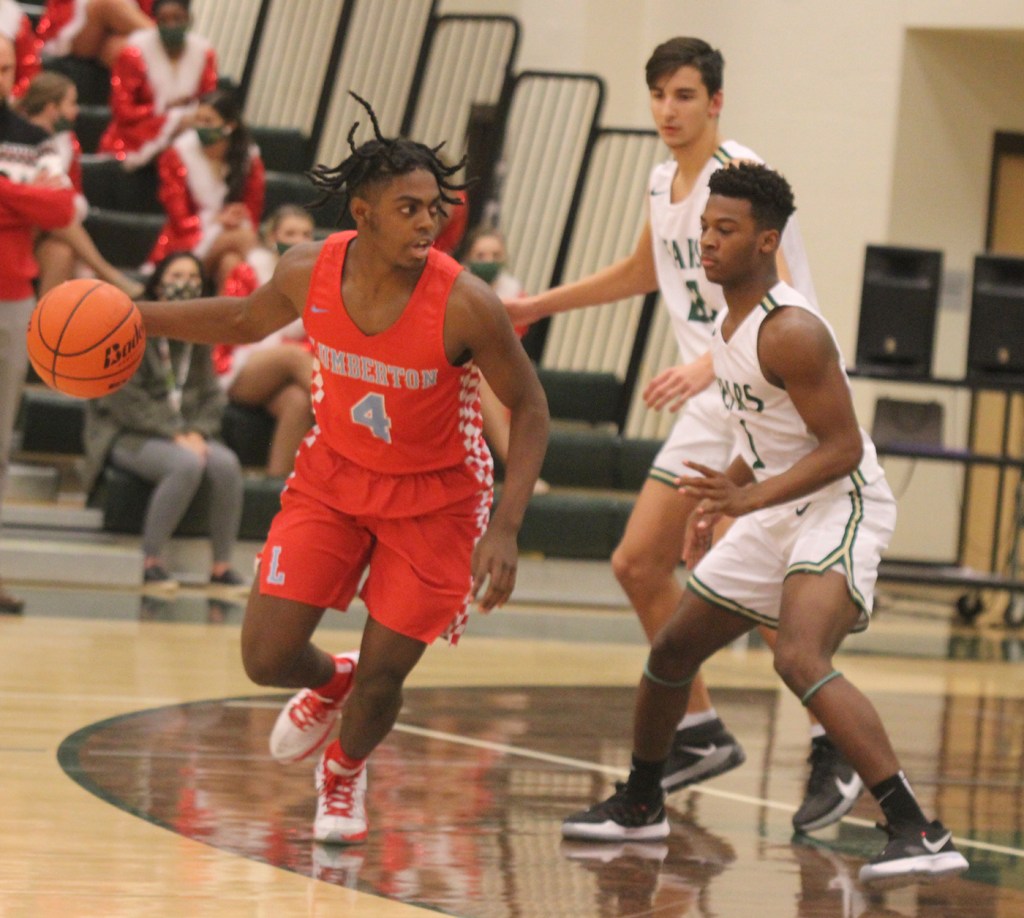 LITTLE CYPRESS – Having no answers for senior standout and Lamar University signee Brock McClure, the Little Cypress-Mauriceville Bears dropped their District 22-4A opener to the Lumberton Raiders 62-46 at the Grove Tuesday night.

The Bears were down 8-2 to start the game and rallied back to tie it up at 11-11 by the end of the first quarter but the Raiders controlled the middle two quarters, outscoring the Bears 37-19 as they had a commanding 48-30 lead going to the fourth quarter. The Raiders’ led by 20 twice at 50-30 and 59-39 before the Bears made a late push.

Trevor Hattaway joined McClure in the double-double column for the Raiders as he finished with 12 points and 10 rebounds while Aidan McMillan added eight points.

McClure had 17 points by the half, scoring 10 points in the second quarter. He exploded for 13 points in the third when the Raiders pulled away.

The Raiders finished with a 31-18 rebounding edge. Brendon Brones had eight points for the Bears and Da’Marion Morris added six. Both led the Bears with four rebounds apiece.

The Bears will look to bounce back when they travel to Orange County rival West Orange-Stark Friday.