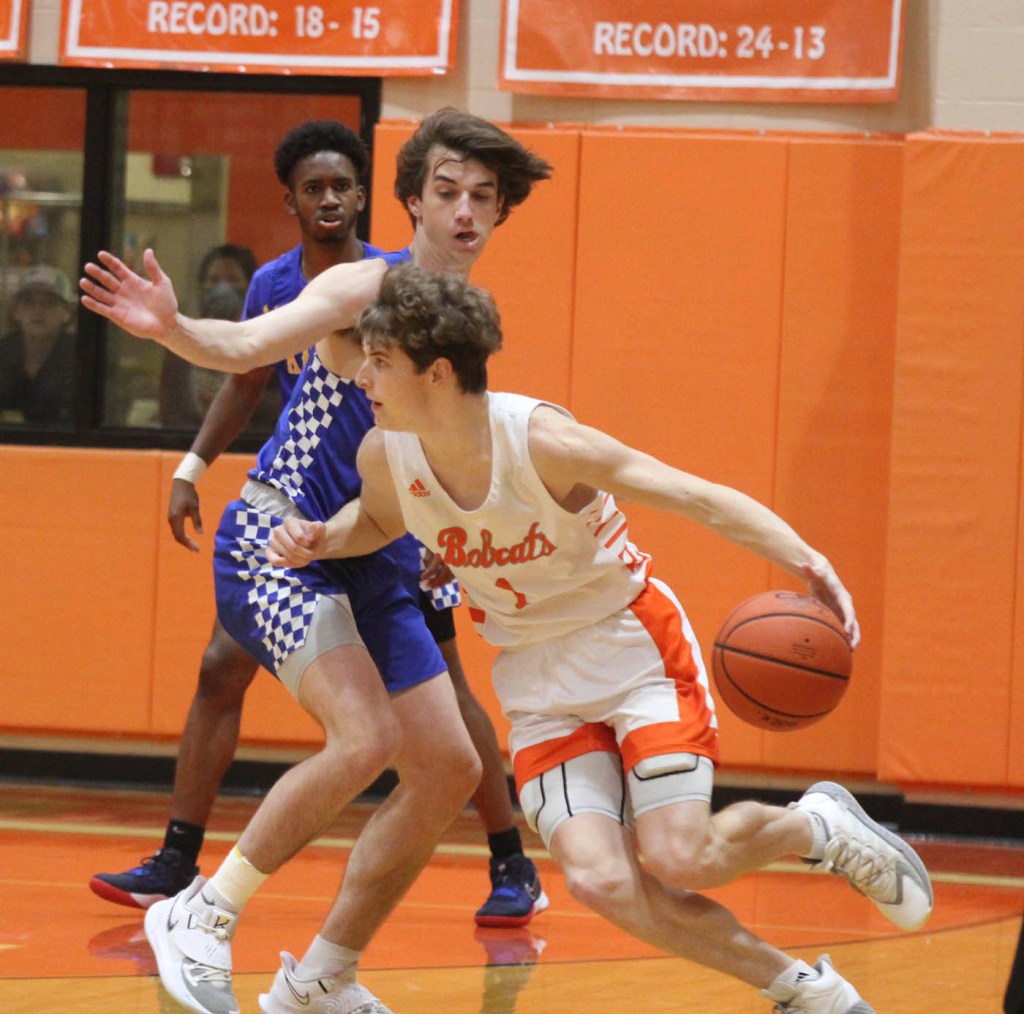 ORANGEFIELD – It may have been drizzling at Orangefield High School Friday night but it was raining three-point bombs at Bobcat Gym with Bobcat Payton Wrinkle being the “Chief Rainmaker”.

Wrinkle poured in a game-high 29 points and connected on eight three-point missiles and teammate Bryce Bergeron had a huge double-double as he went off for 27 points and 10 rebounds as the Bobcats downed the Kelly Bulldogs 82-68.

Wrinkle only had three points in the first half but let it “rip” after intermission, scoring 26 points in the second half, including seven three-pointers.

Bergeron was huge in the first half, scoring 16 points and grabbing seven rebounds and tacked on 11 more points in the second half.

The Bobcats (8-3) also controlled the boards on the Bulldogs throughout the night and almost doubled them up with a 44-24 rebounding edge.

The two teams combined for 24 three-pointers with the Bobcats draining 14 and the Bulldogs had 10.

Josh Oanorah had a nice outing for the Bulldogs, leading them with 25 points, scoring 18 of them in the second half.

Wrinkle found his range in the third quarter and found the left corner to his liking as he ripped four three-pointers in the period and Bergeron had two three-pointers of his own as the Bobcats stretched their lead to 61-52 entering the fourth.

Wrinkle went off in the fourth quarter, hitting three more three-pointers in that quarter and had 14 points in the period while Oanarah had 10 points in the quarter for the Bulldogs.

Everyone pitched in on the boardwork for the Bobcats. Morgan Sampson collected nine rebounds while Diego Reyes and Daniel Durbin had six boards apiece while Wrinkle and Ragusa both chimed in with five apiece.

The Bobcats finished with 15 turnovers while the Bulldogs had 13.

Orangefield finished 16-of-22 from the free-throw line while Kelly made 14-of-23.

The Bobcats will crank up District 22-4A play Tuesday when they welcome in the Silsbee Tigers.