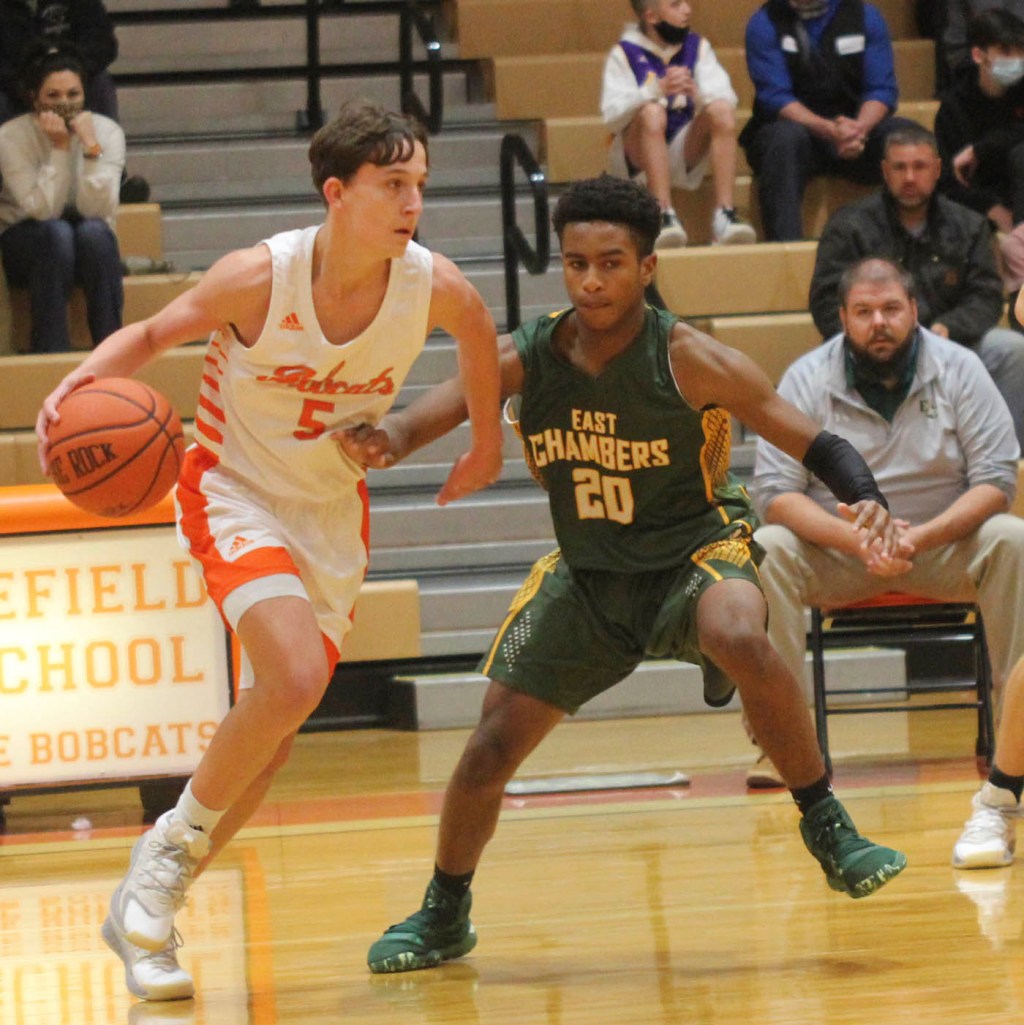 ORANGEFIELD – The Orangefield Bobcats had to feel they let one slip away as they fell to Class 3A power East Chambers 62-57 at Bobcat Gym Tuesday night.

It all seemed in the hands of the Bobcats (7-3) with 5:02 remaining when guard Payton Wrinkle drained one of his game-high six three-point bombs that gave Orangefield a 50-40 cushion.

However, the Runnin’ Bucs (4-0) took over after that, led by All-State guard Ernest Ceasar.

Ceasar sparked a 22-7 East Chambers run in the final five minutes as he scored 16 points in the fourth quarter and 22 of his game-high 32 points in the second half.

The Bobcats fired in 10 three-pointers for the night, with Wrinkle having the hot hand. Wrinkle finished with 20 points and six rebounds.

Orangefield received another nice performance from forward Bryce Bergeron, who filtered in 20 points too and also added six rebounds.

Pete Ragusa added nine points for the Bobcats while Morgan Sampson chipped in with five rebounds.

Keyrin Green had a double-double for the Bucs, finishing with 13 points and 10 rebounds.

Jacoby Perrault had six points for the Bucs while Rory Meaux had six rebounds and Brayden Guillory added four boards.

The Bobcats led 13-10 at the end of the first quarter. Bergeron had two three-pointers in the period while Ceasar scored seven for the Bucs.

East Chambers outscored the Bobcats 19-11 in the second quarter to grab a 29-24 edge at intermission. The Bucs forced the Bobcats into nine of their 15 total turnovers in the quarter.

Orangefield erupted on a 18-9 spurt in the third quarter to snare a 42-38 lead heading into the fourth.

Both teams finished with 15 turnovers.

The Bobcats will look to bounce back Friday when they host Beaumont Kelly.