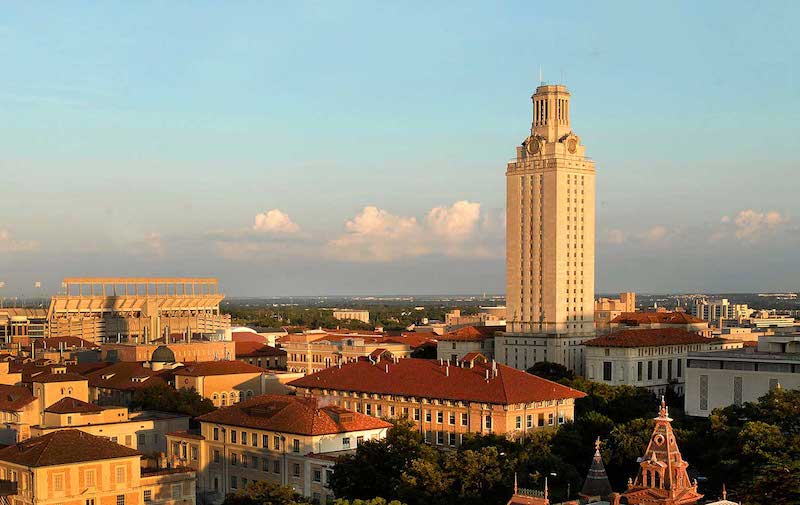 AUSTIN, Texas – A new initiative to turn around the college enrollment decline in Texas due to fallout from COVID-19 was announced on Tuesday.
‘Future Focused Texas‘ is a collaborative effort to maintain the state’s college enrollment rates despite the effects of the health crisis.
Texas Commissioner of Higher Education Harrison Keller said university enrollment was down 3% statewide this fall compared to the previous year, and down 8% at two-year institutions. Keller said he sees the pandemic as the most significant disruption to higher education since the end of World War II.
“Enrollments at many of our colleges and universities are down,” said Keller. “Especially at community colleges and universities that enroll greater numbers of low-income students.”
He added the pandemic is disproportionately affecting underrepresented students, including low-income, Hispanic, Black and rural Texans.
‘Future Focused Texas’ is aiming for regular contact with high-school students and their school counselors, to reinforce the importance of learning beyond high school.
John Fitzpatrick, executive director of Educate Texas, said 350,000 high-school seniors in the state are at risk this year of not enrolling in college for 2021.
He said high-school counselors and college admissions officers are critical to the initiative. They’re typically the ones who engage students about attending college – which is extremely hard at this time.
“You know a year ago, it was really easy to find a high school senior in the hall of a school,” said Fitzpatrick. “But now the student may not even be in the building. Counselors and college recruiters are being forced to pivot, and we’re trying to provide some additional resources, tools and strategies.”
One early warning sign that prompted action was a decline in applications for federal student financial aid.
Fitzpatrick said 700 counselors across the state have already agreed to participate in the outreach effort.
The data show only two Texas regions saw enrollment increases – the Southeast and High Plains – while the Gulf Coast region showed the greatest decline.