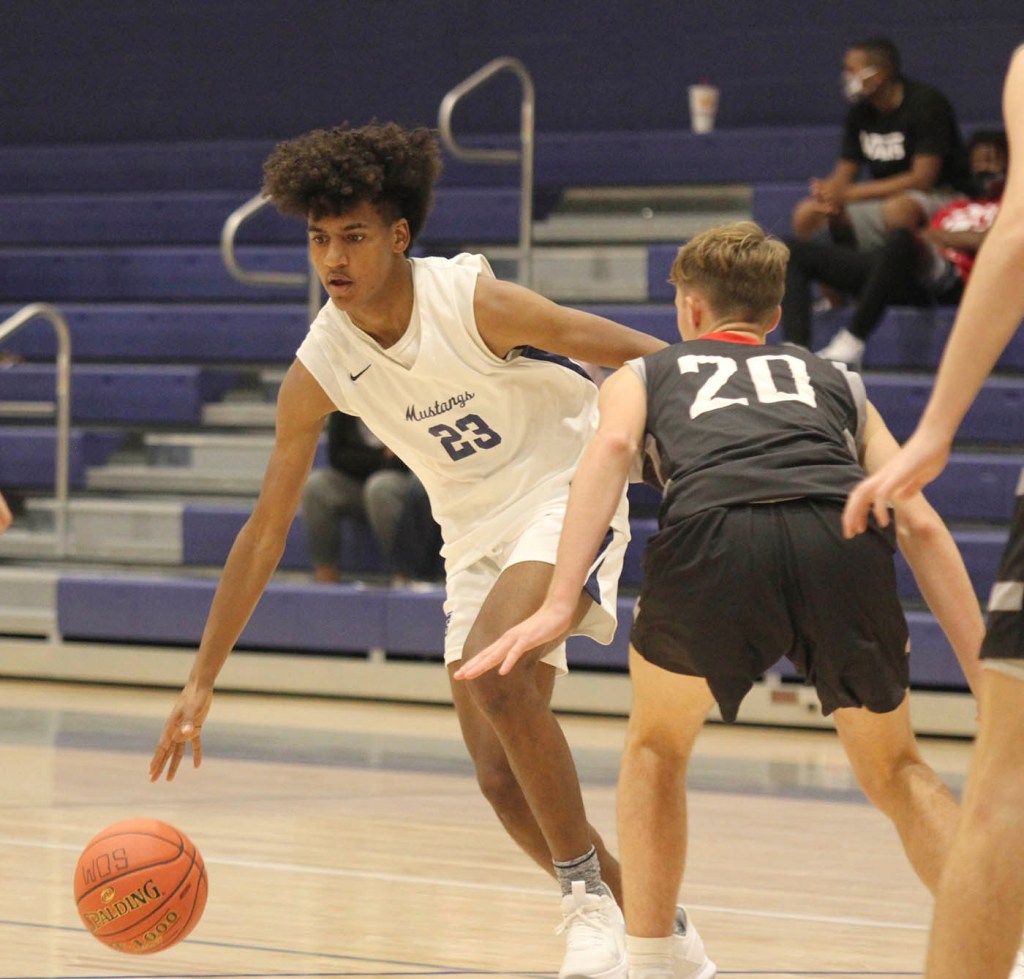 WEST ORANGE – There is no doubt that first-year West Orange-Stark basketball coach D.J. Wilson wanted his Mustangs to play some top-notch competition in non-district play for good experience to get ready for what looks to be a tight and rugged District 22-4A coming up soon.

The Mustangs got that and more Friday night at Mustang Gym as they fell to the Class 4A 16th-ranked Huffman Falcons 79-58.

Huffman has proved their might over recent years, making great playoff runs in 4A Region III and this year’s team could be no different as the Falcons (6-0) placed four players in double figures to turn back the Mustangs (3-4).

The Mustangs held their own on the boards against the more experienced Falcons as they outrebounded Huffman 36-18. However, it was 28 turnovers that really hampered the Mustangs, with many of them unforced. The Falcons had just 10 turnovers.

Michael Wardlow paced the Mustangs in scoring, leading the way with 18 points while snagging seven rebounds. Quintin Proctor chimed in with 14 points and seven boards.

Post Gray Soileau led the Falcons with 22 points and six rebounds as he scored 11 points in each half.

All-State shooting guard Jacob Harvey tossed in 18 points, 16 of them coming in the second half. Jessie Viranentez contributed 16 points and five boards. Luke Thomas chipped in with n12 points and Gabe Cardenas added nine for the balanced Falcon arsenal.

The Mustangs dug themselves a hole in the first half by committing 17 of their turnovers in the first 16 minutes, 13 of them coming in the second quarter.

Huffman, behind eight Soileau points, led 15-7 at the end of the first quarter.

The Falcons outscored the Mustangs 44-35 in the second half as the two squads were flying up and down the floor.

Harvey found the hot hand for the Falcons as he scored eight points in both the third and fourth periods, including a couple three-point bombs. Soileau was steady inside with 11 second-half points while Thomas and Cardenas combined for 12 second-half points.

Proctor tallied eight points in the second half for the Mustangs while Wardlow had seven.

The Mustangs were just 8-of-17 from the free-throw line while the Falcons made 13-of-18.

The Mustangs return to action Tuesday when they visit Hull-Daisetta.