Toy Coffee motoring along with happy hearts; donations can still be made from 4-6 p.m. 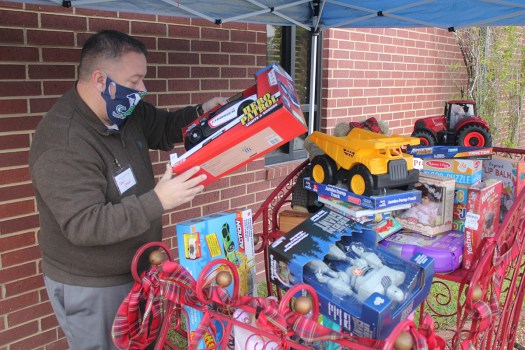 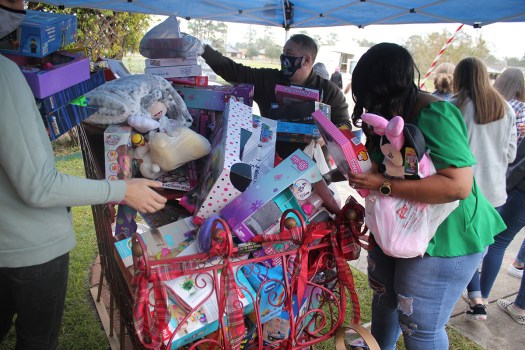 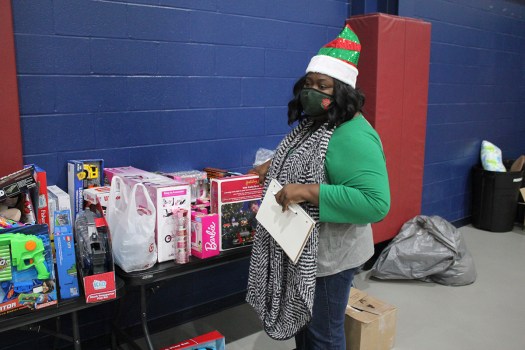 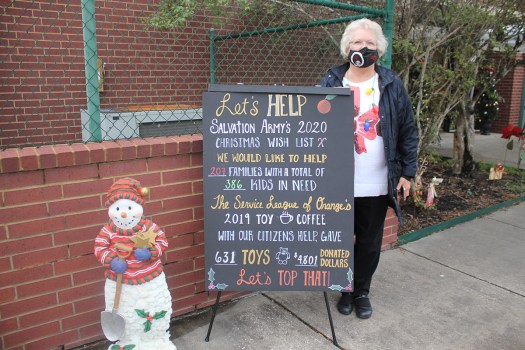 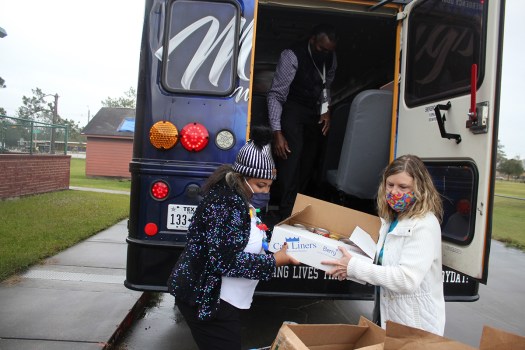 The WO-S Elementary delivered 3,000 canned good items and over 60 toys to the Toy Coffee Celebration. 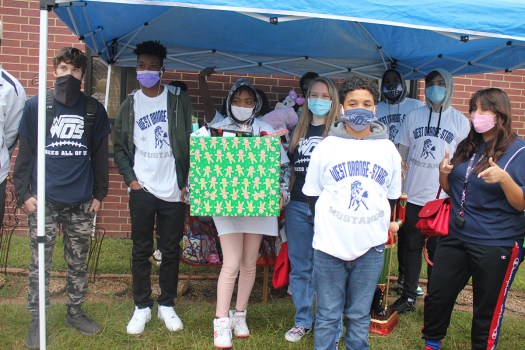 WO-S High School students came in and brought quite a few gifts to aid the Toy Coffee cuase. 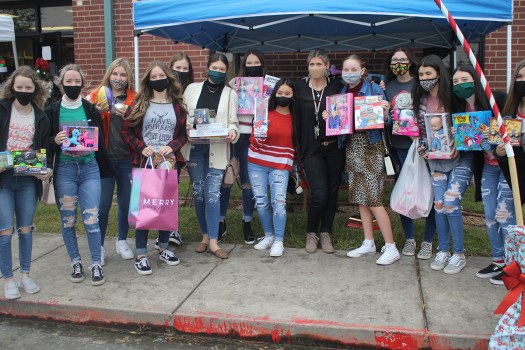 Orangefield Hgh School students came in on a bus and delivered some amazing toys to the Toy Coffee Celebration.

There is no question that the Service League of Orange, along with the Salvation Army of Orange realizes how import the tradition of Toy Coffee and the need of children to have a merry Christmas.

The first Toy Coffee was held in 1956 and has been held annually by the Service League of Orange ever since.

With a shortage of bell ringers this year, Salvation Army is striving to Rescue Christmas and the Service League is using their theme as the Toy Coffee theme this year.

There have been so many tremendous donors already early on Thursday with several groups dropping off donations.

West Orange-Stark High School came in on a bus with several students donating toys along with Orangefield High School.

One group definitely turned some heads though.

“West Orange-Stark Elementary came in with over 3,000 canned goods and 65 toys,” said Service League Chairperson Patsy Kemp. “That’s so amazing. People are being so gracious with their donations thus far and I want to thank all of the volunteers out here as well. We’ll be out here later from 4 p.m.-6 p.m. and we’ll look to see some more smiling faces.”