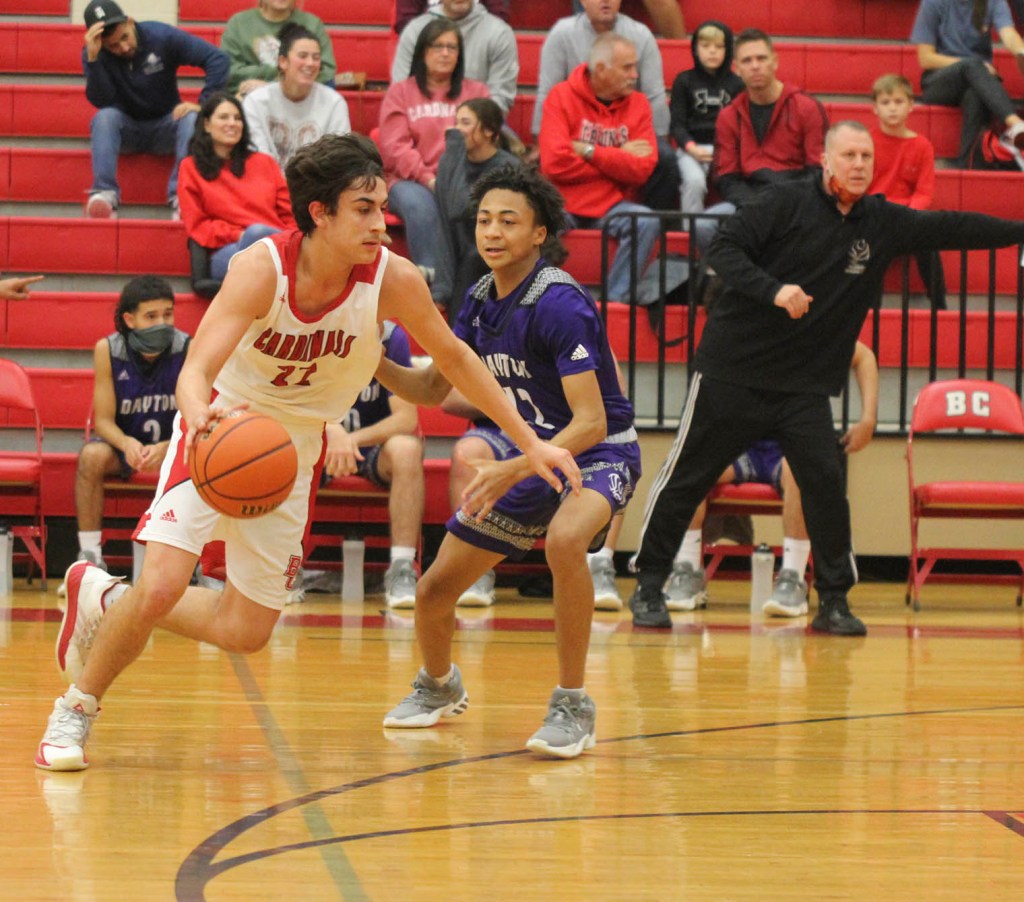 BRIDGE CITY – Every Bridge City player got into the scorebook and each one of them grabbed at least two rebounds as the Cardinals stormed past the Dayton Broncos 82-56 at Cardinal Gym to improve to 6-1 on the young season.

Dayton led the game 6-0 but after that, it was all about the Cardinals as they dominated the visiting Broncos in every facet of the game.

Standout guard Grant Boudreaux powered the Cardinal arsenal with a double-double as he poured in a game-high 23 points and yanked down a game-high 10 rebounds.

Gabe Castillo was also in double figures for the Redbirds as he pumped in 12 points and snagged six rebounds.

The Cardinals crushed the Broncos on the glass, finishing with a whopping 50-22 rebounding edge.

Everyone up and down the roster contributed for the Cardinals.

The Cardinals finished 23-of-34 from the free-throw line while the Broncos finished 11-of-20.

Both teams finished with 21 turnovers.

Bridge City pulled away with a 23-9 spurt in the second quarter to lead 39-22 at intermission as Boudreaux, Castillo and Richardson teamed up for 17 points in the big run.

The Cardinals outscored Dayton 19-16 in the third quarter and 24-18 in the fourth.

Bridge City will hit the road Friday when they visit Coldspring.