President Trump should accept the results of the election and concede 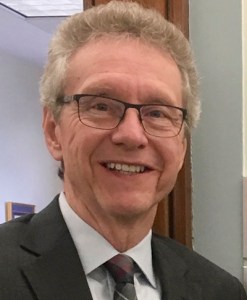 If it was not enough for small businesses to be suffering due to the pandemic, now they are threatened by an attack on our democracy.

The public knows why the virus is a critical problem for small business but they might not understand why the Trump Administration’s actions to oppose a peaceful transition to the Biden Administration is a threat to the health of our economy.

Even before the election, protecting our democracy was a concern of small business.

In early October a Small Business For America’s Future (SBAF) national survey found that the 65% of small business owners were worried about the integrity of the national election with the dominant concern being that post-election uncertainty and turmoil would be bad for the economy and small businesses.

Fortunately, state officials made sure that their elections were free of fraud and the results are clear—Vice President Joe Biden won.

A just released SBAF national survey found that 61% of small business owners believe that if the Trump administration continues to deny access to transition resources for the next president, it will harm America’s economy.  Sixty-three percent believe it is time for President Trump to accept the results of the election and concede.

Specifically, 73% of small business owners want President Trump to actively participate in a peaceful transition of power with 62% calling for General Services Administration Administrator Emily Murphy to give the incoming Biden transition team access to resources needed for transition.

Small business owners understand that a healthy democracy is crucial to a sustainable free market in which consumer demand drives the creation of businesses and jobs.

Thus, anything that threatens our democracy will harm our economy.

The current political theater around the White House blocking a smooth transition to a duly elected new president is unwelcomed by small businesses.  They do not need this self-inflicted democracy crisis to further harm our economy by shaking consumer confidence.

Only the federal stimulus that pumped out loans to small businesses and provided enhanced unemployment benefits to those who were out of work saved our economy from going into a deep recession and possibly a depression.  All of this federal relief is now gone.

Now the coronavirus is again surging across the country threatening the economy’s modest rebound with a double-dip recession.  The 11 million workers still not rehired could be joined by millions more as consumers tighten their wallets if small-business closure predictions come to fruition.

Unfortunately, another stimulus bill from Congress is nowhere in sight.

This dual threat to small businesses, one with beginnings is a far-away land and the other created by the White House, can be remedied by leaders in Washington.

Congress and its members must quickly address both.

Within weeks Congress must pass a large enough stimulus bill to provide financial help to small businesses, especially those industries that have suffered the most or did not receive the earlier funds.

But immediately, Congressional Republicans must tell President Trump that the election is over and President-Elect Biden’s transition team must be given the legally required support and information that it needs to hit the ground running on Inauguration Day.

This democracy crisis must stop for the good of our country and our economy.