COVID-19 will not stop Toy Coffee even if it is different from years before.

With a shortage of bell ringers this year, Salvation Army is striving to Rescue Christmas and the Service League is using their theme as the Toy Coffee theme this year.

The Service League of Orange understands the importance of the annual tradition of Toy Coffee and the greater need in the area to help the children have a Merry Christmas.

“We hate that we are not having a house this year,” Chairman for the Toy Coffee Patricia Kemp said. “Keeping six feet apart is not possible while touring a home.”

To help accommodate those who are working and unable to stop by on their lunch break, there are two times set up for this year’s Toy Coffee.

“We wanted to make it convenient for those who work and have to go elsewhere to have lunch now,” Kemp said.

In years past, people would donate a toy, tour the house and stay for lunch provided by the Service League.

“We did not have the follies this year,” Kemp said. She added that part of the money raised from the event is to help provide food for the guests at the annual event.

“Blue Santa is a wonderful program,” Kemp said. “But it is important for others to know that the children in that program are not the same ones getting assistance from Salvation Army.”

“The Toy Coffee is important because it takes the pressure off of parents,” Service League President Tricia Stroud said. “This event brings happiness to children.”

The Service League of Orange helps bag up the toys with the Salvation Army to be handed out. This year, they will spend two days sacking up the toys so they can be delivered before Christmas.

“My year as President has been challenging and I am so thankful we have reinvented our organization to still provide for our community along with the Salvation Army,” Stroud said. “This is the 65th Toy Coffee and we have seen a global pandemic, a historic hurricane season and many other challenges but we are still here serving this great community if Orange County. We are resilient and we will stand in the gap wherever we can.”

Salvation Army Captain Jan Zuniga said this year was especially important to Rescue Christams between the pandemic and then two back to back hurricanes affecting the area, there are more children and families in need this year.

“We decided to start early with the Red Kettles so we could Rescue Christmas,” Zuniga said.

In addition to the Toy Coffee and the traditional red kettles and familiar ringing bell, The Salvation Army has placed smart chips and QR codes on Red Kettle signs allowing shoppers to simply “bump” or scan their phones to make digital donations. Shoppers will be directed to a donation page that accepts Apple or Google payment options.

“We’re hoping that the addition of Apple Pay and Google Pay at each red kettle will make it even easier for donors to help The Salvation Army’s Rescue Christmas this year,” Zuniga said. “As society continues to limit social interaction, and as fewer and fewer people carry cash, this is a great way for people to give, especially our younger donors who do everything from their phones these days!”

Another touchless way to donate this year is through Text-to-Give.

“We’re asking people to text KETTLE to 91999, enter the donation amount, and you’re done. It’s as easy as that!” Zuniga said.

Now in its 130th year, The Salvation Army’s Red Kettle Campaign is one of the oldest and largest charitable campaigns in the world. Every year, the campaign raises millions of dollars nationwide to provide toys for kids at Christmas, clothes and shelter for the homeless, food for the hungry, after-school programs for kids, and other services to America’s most vulnerable populations year-round.

“Lastly, we encourage everyone to take the Red Kettle Challenge,” Zuniga said. “We’re excited about this new opportunity for our supporters to set up their very own virtual Salvation Army red kettle, either as an individual or as part of a team. Spread the word on social media and encourage your friends, family members, or coworkers to donate and help reach your fundraising goal. Please go to www.salvationarmytexas.org/Orange/ to register or to find out more ways to engage with The Salvation Army this Christmas.” 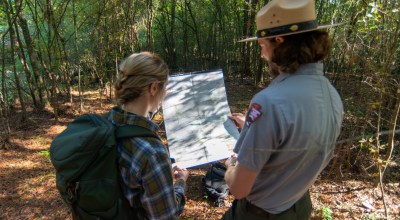 Toilet Paper Tea to be a drop off this…