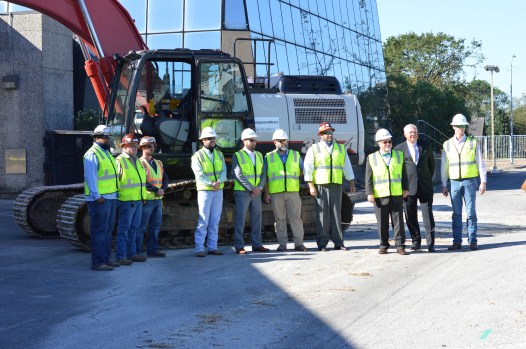 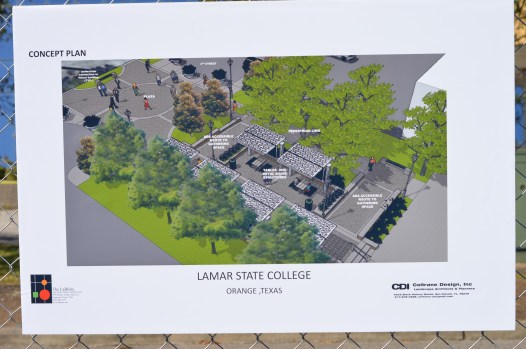 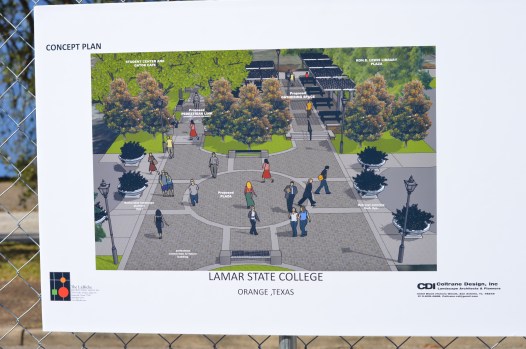 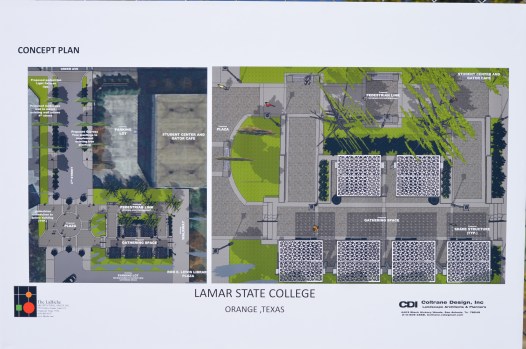 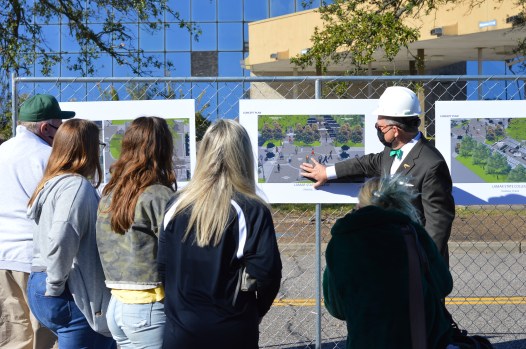 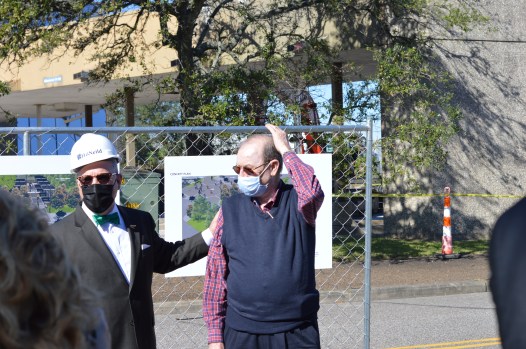 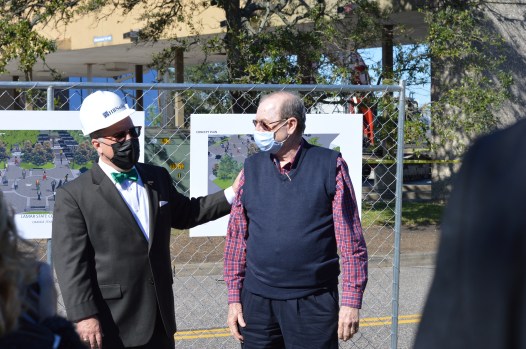 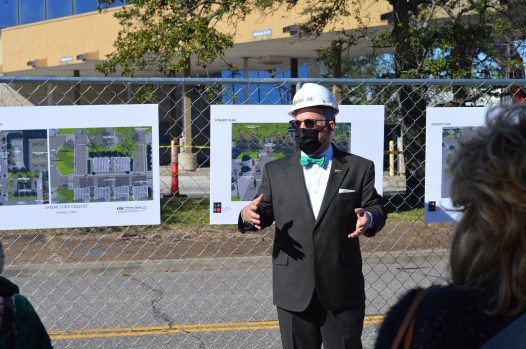 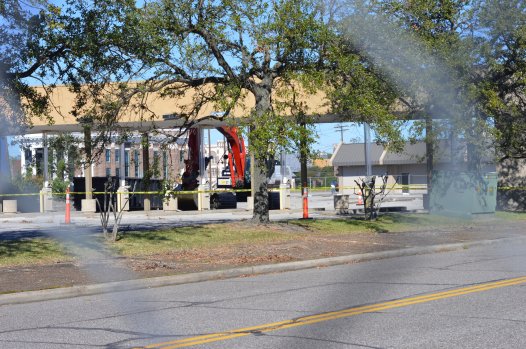 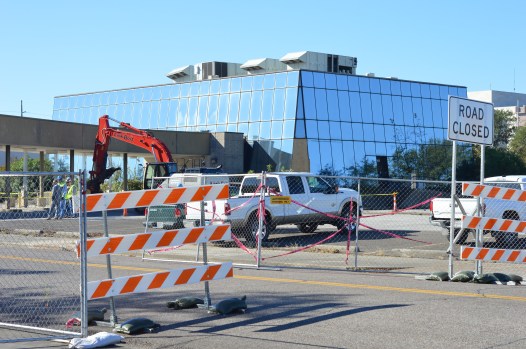 President Dr. Thomas Johnson, in his gator green bowtie, drove a bulldozer to begin demolition of the former Capital One Bank building.

“This is all part of our 10-year master plan,” Johnson told the crowd gathered to watch the process. “And this is a ray of sunshine in a very dark year.”

The master plan, which will be presented to the Texas State University System Board of Regents later this month, includes a new Academic Center and plaza connecting the current campus to the block of Green Avenue between 4th and 5th Streets where the former bank building sits.

The glass building sits on 1.6 acres at the corner of 5th Street and Green Avenue and has been vacant for many years. It will play a central role in the college’s new 10-year master plan to construct a state-of-the-art Academic Center.

“We are growing at Lamar State College Orange and everyone is excited about this. We’ve had an increase in enrollment and we want to provide a state-of-the-art school for our students to learn in. Our students deserve a wonderful environment for their education and we are moving one step closer to our vision for that,” Johnson said.

LSCO purchased the building in September of last year with appropriated funds at a fraction of the appraised value thanks to a generous gift from Capital One.

The bank was a 14,661-square-foot building and the college plans to a construct a new 55,000 square foot academics building with a plaza. The plaza would span across the current roadway and allow for safer crossing for the students.

“That was fun,” Johnson said after he stepped out of the bulldozer.

He showed those present for the moment designs for the pathway which will also cross part of 4th Street.

“I love the green space,” Johnson added. “It will be functional as well as beautiful.”

Orange Attorney Jack Smith was on hand for the moment.

“Jack Smith helped with making the building go away and had a vision of the future,” Johnson said.

“I am glad we are getting rid of the eyesore,” Smith added.

Johnson will go before the Legislation to request a bond for the building.

“The original academic center was built in 1908 and was three warehouses put together,” Johnson said.

Someone in the crowd said it was also Sabine Supply at one time and he had gotten his baseball glove there.

The building also has been a movie theater and a bowling alley before Lamar State College Orange purchased it.

“Once completed, students can walk from here to First Street without crossing a street, making it safer for them,” Johnson said.

Although Dr. Johnson had never driven construction equipment before this morning, he learned quickly the required steps under the supervision of H.B. Neild & Sons Construction and Project Management employees.

The LaBiche Architecture Group is heading up LSCO’s expansion project and the City of Orange allowed the college to annex a portion of 4th Street for the project. Johnson said he hopes the citizens of Orange come enjoy the campus when the project is complete. 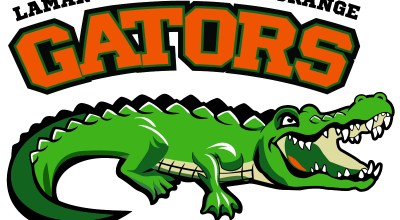 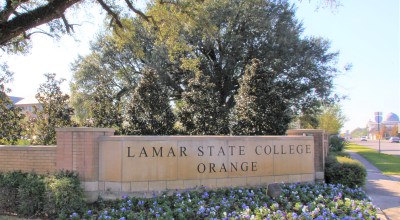