At approximately 3 p.m., a Texas Department of Public Safety (DPS) Trooper drove upon a multiple vehicle crash on State Hwy. 12, just north of State Hwy. 62, in Orange County.  The crash involved a motorcycle and a passenger vehicle.

The preliminary DPS crash investigation indicates that a 2004 Harley Davidson was traveling eastbound on State Hwy. 12.  Several vehicles were stopped in the eastbound traffic lane of State Hwy. 12 waiting for a vehicle to make a turn.  The driver of the Harley failed to control his speed and rear-ended a 2012 Ford passenger vehicle.

The driver of the Harley Davidson, 63-year-old Gregory Loy Maze of Seabrook, Texas, was pronounced deceased by Justice of the Peace Jenkins at the scene.

The driver of the Ford, 43-year-old Angela Scheiderer, and her 5-year-old son were not injured.

All information is preliminary as Troopers continue to investigate this fatal crash. 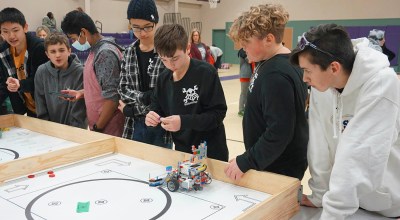