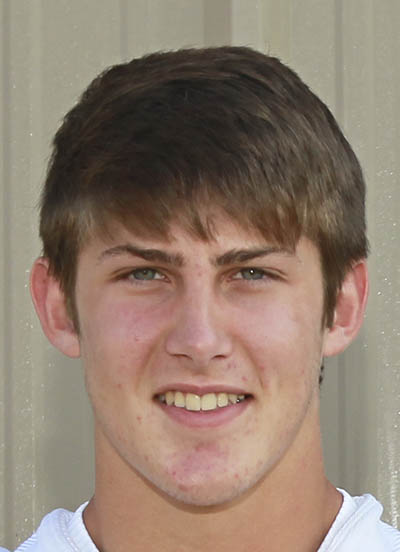 HUFFMAN –   The Orangefield Bobcats fell to the Sealy Tigers 41-0 in Huffman on Thursday night in the Class 4A Region III bidistrict playoffs at Huffman High School.

The Tigers (8-2) took an early lead and didn’t look back.

The Bobcats (4-5) had trouble containing the explosive Tiger offense. Sophomore quarterback D’Vonne Hmielewski had a great night along with receiver Draper Parker. Parker would have five catches for 144 yards on the night with three touchdown catches. While Hmielewski would complete 11-of-14 in the air with 191 passing yards. Hmielewski was a major reason the Tigers won this game the way they did.

The Bobcats were limited to 116 yards on 38 carries. Sealy held outstanding Bobcat fullback Hunter Ashworth to 30 yards on 11 carries.

Defensively the Bobcats were able to figure out the Tigers as the game went on, but the damage had already been done. The second half they only gave up the one touchdown on the Tigers big 61-yard pass play.

Offensively the Bobcats were able to put together a strong drive late, but never found the end zone. Tyler Washington would lead the ground attack for the Bobcats with eight runs for 44 yards, his longest being a 20-yard first down run.

The Tigers jumped out early in the first quarter with a quick score. Jakobe Davis would take a pitch on the first play of the drive, but instead of running he passed to D’vonne Hmielewski for a 51-yard touchdown. After the PAT the Tigers took a quick 7-0 lead over the Bobcats.

The Tigers added another long pass on their next drive, extending their lead mid-way through the first quarter. Hmielewski would run a couple times before setting up a deep pass. He would hit Draper Parker for 44 yards in the air for a touchdown. After the PAT the Tigers led 14-0 with about four minutes left in the first quarter.

Defense would be the next to score for the Tigers. Connor Krenek would find an errant pass from the Bobcats and took it all the way in for six. With two minutes left in the first the Tigers led 21-0.

The Tigers scored again in the first half, this time using the run game. Alvin Nunn would have a few brutal runs setting up Hmielewski to run some himself. He found Samonte with a nice pass for 11 to set them up in the red zone. Hmielewski would run it in himself from seven yards out. After the PAT the Tigers led 28-0 with a couple minutes left in the half.

The Tigers took advantage of the Bobcats misfortune after they fumbled the ensuing kickoff. Sealy connected on two passes to bring this drive in for six more points. Hmielewski found Jackson Osborne for 11 yards and Parker for his second touchdown catch of the first half. After the PAT the Tigers led 35-0 heading into halftime.

Sealy scored again late into the third quarter, thanks to a big pass from Hmielewski to Parker again. Hmielewski found four passes this drive, the big one to Parker for 62 yards and the touchdown. After they missed the PAT the Tigers led 41-0 with a couple minutes left in the third quarter.

The Bobcats held the Tigers to just one touchdown in the second half but weren’t able to find the end zone this game. The Bobcats took a hard loss to end the season, but the Tigers are a good team and are looking to make a deep run into the playoffs.

With this loss the Bobcats season ended with heartbreak. Heading into the offseason the Bobcats should hold their heads high. Even while down, they didn’t give up and tried on every play. The culture that Coach Josh Smalley brought to Orangefield showed itself in adversity and the team will grow from this in the offseason getting ready for next season.