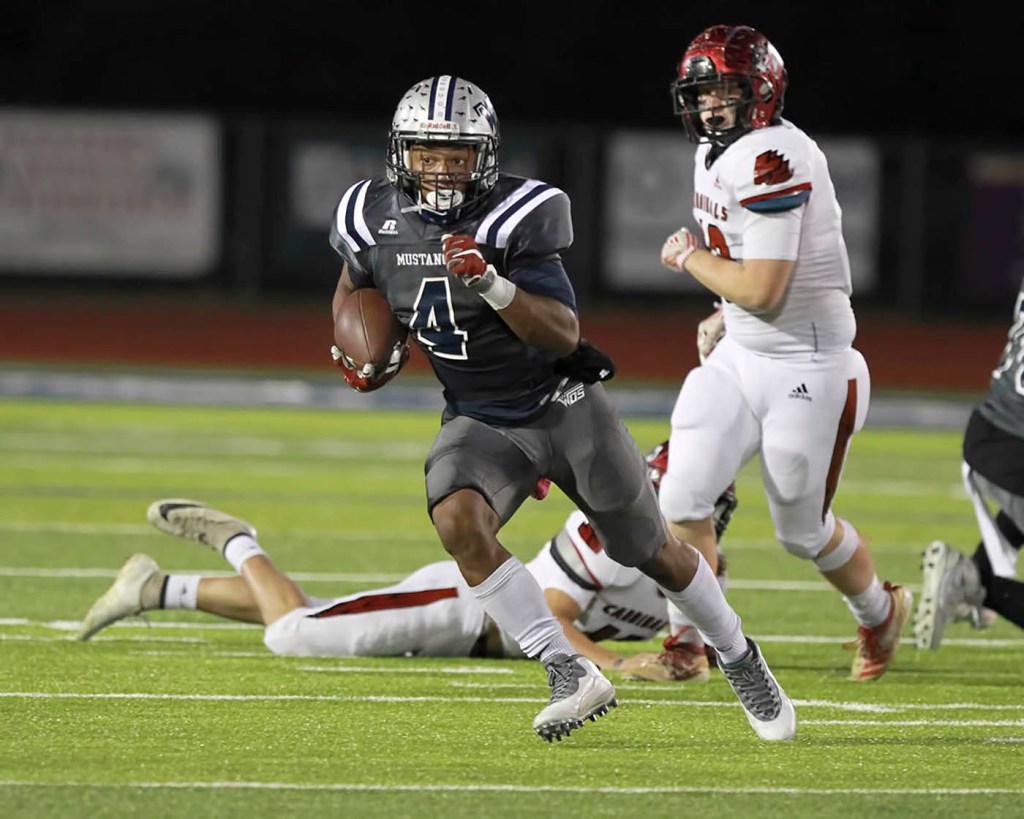 WEST ORANGE – After nailing down their 11th straight district title, the West Orange-Stark Mustangs are looking for a big-time run in the Class 4A Division II state playoffs again as well as they will take on the Sweeny Bulldogs Friday night at New Caney’s Randall Reed Stadium in the 4A Region III bidistrict round.

The Mustangs (7-0, 6-0) rolled through District 11-4A like butter while the Bulldogs (3-7, 2-3) creep into the playoffs as the No. 4 seed out of 12-4A. Sweeny actually forfeited their regular season finale with Bellville due to COVID-19-related issues.

This will be the second time the two teams have met in the playoffs as the Mustangs downed the Bulldogs 21-3 in the area round back in 2018.

The Bulldogs will have the tough task against moving the ball against a fierce Mustang defense. The Mustangs are allowing a mere 113.5 yards a game, 67 on the ground and 46.5 in the air.

Quarterback Trace Holmes leads the Bulldogs as he has completed 67-of-125 passes for 1,114 yards with 11 touchdowns and eight interceptions. He has rushed for 288 yards and nine scores on 68 carries.

The Bulldogs have a superb back in Xavier Woods, who has zipped for 1,001 yards and seven TDs on 143 carries while Dylan White has 494 yards and four TDs on 42 carries.

Curtis Gibson is Sweeny’s top receiver with 20 catches for 383 yards and three TDs while Garrett Nail has 13 receptions for 259 yards and four TDs. Woods has caught 11 passes for 132 yards out of the backfield.

The Mustang offense will check in averaging 396 yards a game as WO-S has outscored opponents 320-34 for the season.

Quarterback Jerren Terrell has competed 72-of-133 passes for 1,226 yards with 15 TDs and three interceptions.

The winner between the Mustangs and Bulldogs will face either Jasper (8-1) or China Spring (7-3) in the area round next week.