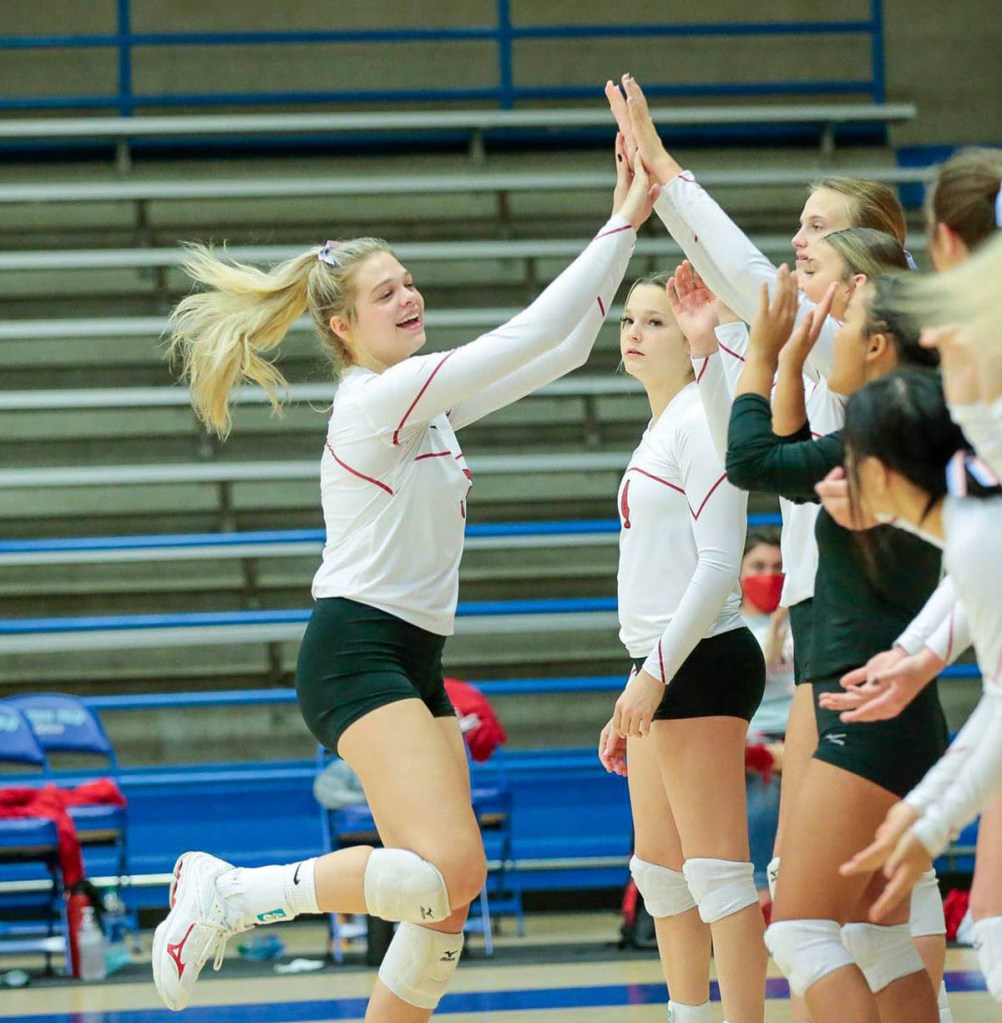 Photo courtesy John Ishee ridge City’s Harlee Tupper receives high-fives from her teammates before their area round playoff match against El Campo. Tupper is the MVP of the 2020 All-Leader Volleyball Team.

What a season it was for area volleyball teams.

Despite battling the COVID-19 pandemic and missing tournament matches this year along with not being able to play several non-district tilts, teams battled hard and matches were exciting.

The Bridge City Lady Cardinals rolled to the District 22-4A crown this season, zipping to an 11-1 district mark. Long-time Lady Cardinal head coach Becca Peveto watched the team zip all the way to the Class 4A Region III quarterfinals. Not bad at all, considering the Lady Cardinals only played one senior.

The Little Cypress-Mauriceville Lady Bears made the postseason for the second straight season for second-year head coach Rhonda Williams. The Orangefield Lady Bobcats barely missed the playoffs but they fought hard, dropping a few tight five-game matches in district play.

To remember a great season, it is time for the 2020 All-Leader Volleyball Team.