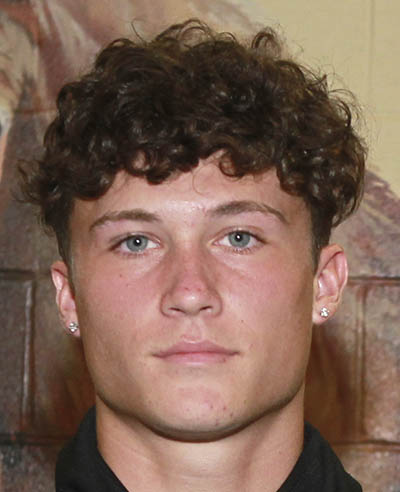 LITTLE CYPRESS – In a dominant performance, Splendora shut out Little Cypress-Mauriceville 30-0 in a high-stakes matchup Friday night, extinguishing the Bears playoff hopes in District 10-4A Division 1 and their season as well at Battlin’ Bear Stadium.

Splendora (4-6, 2-3) received the opening kickoff and immediately got off to a hot start. Splendora’s Zane Obregon ran the offense nearly by himself, rushing for 45 yards and a touchdown only 3 minutes into the game.

Trailing 7-0 early, LC-M (1-7, 1-4) took over for their first possession at their own 33. While they pushed the ball to the Wildcats’ 30, they failed to convert on a risky fourth-and-5 and turned the ball over on downs.

With the first quarter halfway over already, Splendora’s offense took the field looking to extend their lead. Obregon’s big game continued, tallying another 43 yards before finding the end zone for the second time to extending the Wildcats’ lead to 14-0.

As the second quarter began, LC-M lost a costly fumble after just four plays. While they’d force a Splendora punt, the Bears still struggled to find any rhythm and went three-and-out. The bright spot of the first half came when LC-M’s Carson Peet snagged an interception, but their offense still couldn’t gain any ground, wasting the turnover.

The first half ended on a high note for LCM’s defense when Dean Reynolds and Nicholas Granger both got a sack to stop their opponents. However, the Bears offense went into halftime with only 79 yards of total offense- a trend which would have to change if they wanted to win.

LCM’s offense took the field to start the second half, but their night just continued to get worse. Ashton Landry threw his first pick of the night. Splendora got the ball and later tried a 35-yard field goal, but the kick fell way short and was returned only 5 yards out of the end zone.

Faced with such poor field position, the Bears wound up taking a sack in the end zone for a safety after Landry fumbled the snap. Now down 16-0, their defense would come up with a crucial stop and they would get the ball back. LCM strung together a 12-play drive, spurred by an amazing one-handed, leaping catch by Brendon Pollock that went for 22 yards. Unfortunately they were stopped on fourth down as the offensive issues kept piling up.

Splendora had the ball to start the 4th quarter, and the Wildcats rushing attack once again proved unstoppable. After 10 plays, Obregon scored his third touchdown of the game on a 12-yard rush, making it a 23-0 ballgame.

Things were looking bleak for LC-M, and the offense just continued to come up short. The Bears were stopped on fourth down yet again, coughing up the ball once more. The Wildcats scored just three plays later when Andrew Hernandez broke free for a 52-yard house call, putting Splendora up 30-0. LCM’s offense was stopped once more, and the Wildcats ran out the clock to secure the win.

Tonight’s dominant 300-yard showing by Splendora’s backfield pushed them to 2-3, good enough for third place in District 10-4A Division 1. While the Wildcats will advance to the playoffs, LCM will be sitting at home. The Bears ended their season at 1-4 in district play, leaving them with a fifth-place finish in the standings, ahead of Lumberton, who they beat head-to-head.