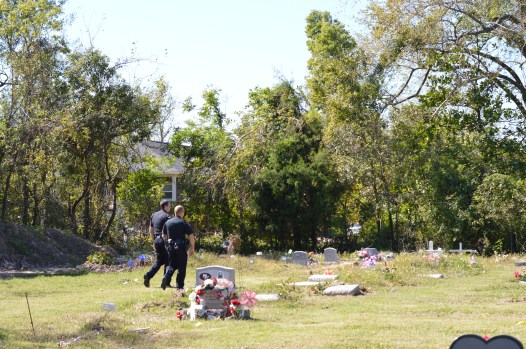 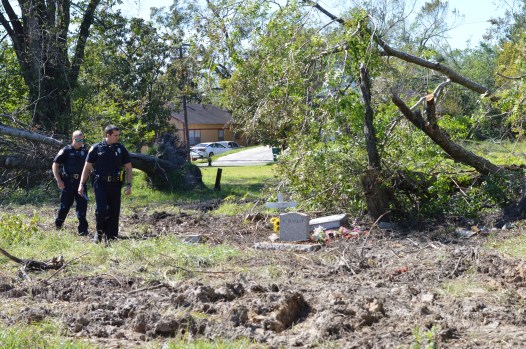 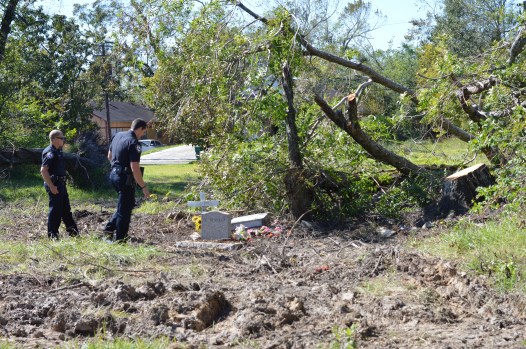 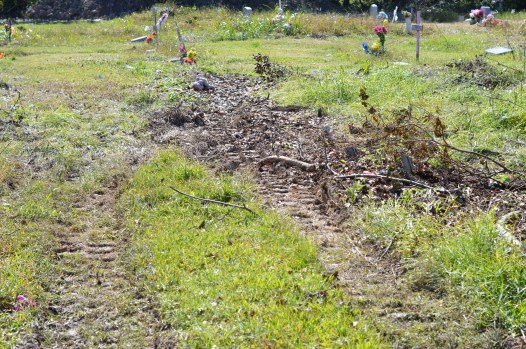 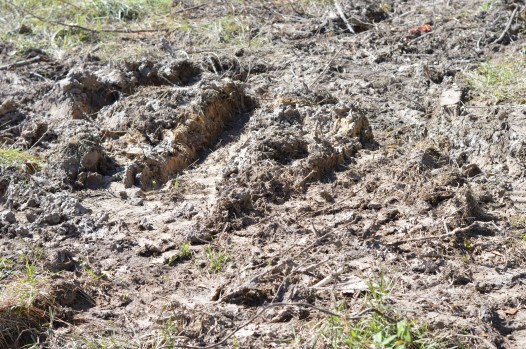 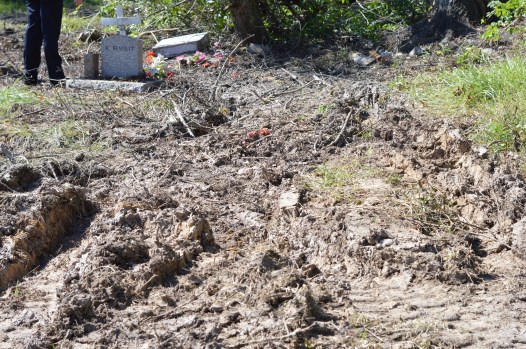 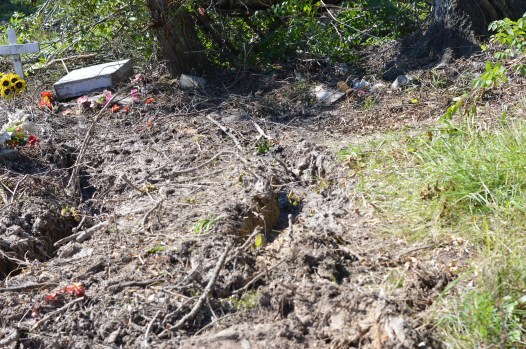 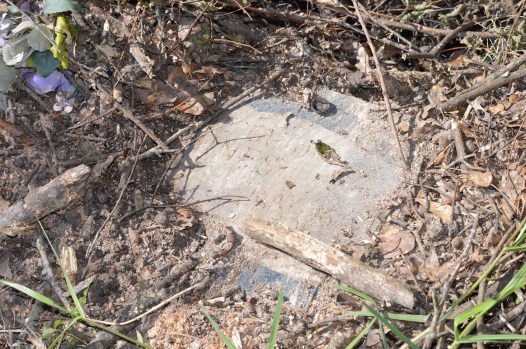 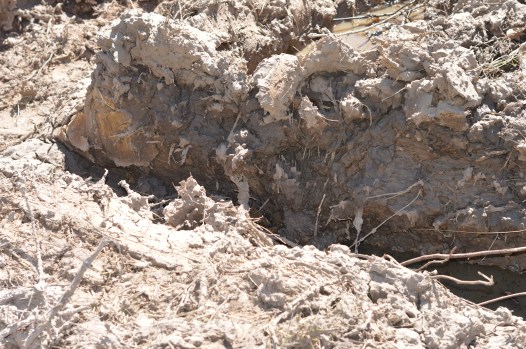 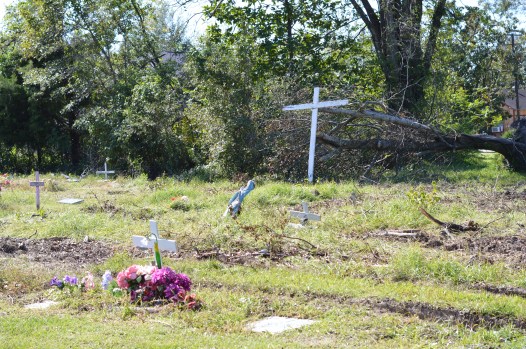 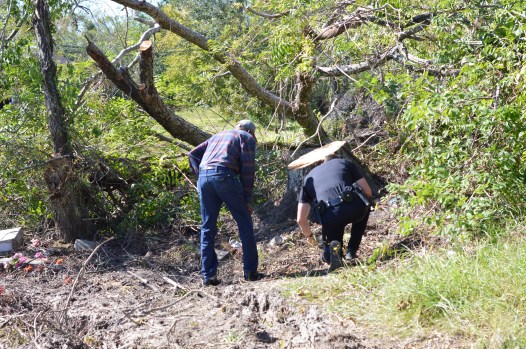 A visit to a cemetery is a solemn moment as one reflects on past memories and the emotions of missing a loved one. For one woman, it was an upsetting ordeal as she made her bimonthly visit to her grandmother’s gravesite and was unable to locate it.

“It was not like this two weeks ago when I was here,” Nikki Armstrong, of Orange, said. “I have been here since [Hurricane] Laura and Delta and it was not covered up and there were no tracks.”

Tracks from a large vehicle were along one side of the back portion of Hollywood Cemetery and towards the back, the tires left large, deep ruts.

To make the scene more unbelievable was the headstones knocked over, flipped face down and some covered with debris.

“I was hysterical when I saw it,” Armstrong said. “They treated these people as if they didn’t mean anything to anybody.”

A lack of respect for the dead was how Armstrong’s uncle described it.

“Who disrespects the dead like this?” Reverend Jimmy Rodgers, of Orange, said.

Armstrong added she was so upset by what she saw that she called her mother in Houston. Her mother told her to call the police to report the destruction to the graves.

“I dug with my hands to find my grandmother’s headstone,” Armstrong said. “I had to move debris to find it and stopped when I saw her last name.”

Armstrong said she was so upset at the discovery of the state of her grandmother’s gravesite that a man approached her to find out why she was crying.

“Mr. Sparrow prayed with me to calm me down,” Armstrong said.

A member of the board of the non-profit organization which tends to the cemetery is reaching out to contractors who were to remove some fallen trees from the area about having the area put back into place and the grave sites to be restored.