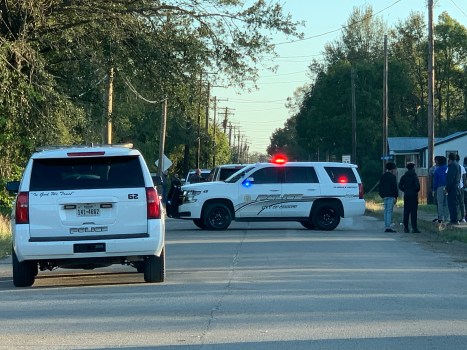 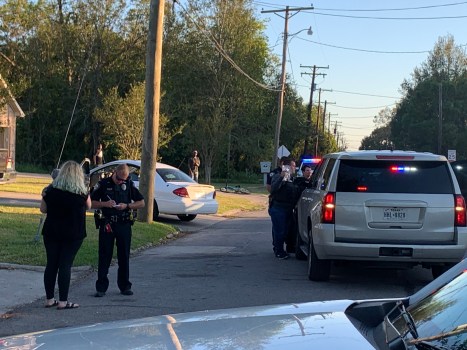 Two officers on patrol near 10th and Burton heard a disturbance, at approximately 4:21 p.m. on Monday, and when they turned towards the location, they saw a white Ford Taurus facing west. The vehicle was in the middle of the roadway and was slightly canted to the north, according to the police report.

A male wearing a brown jacket and blue jeans exit the left rear passenger door. The male pulled out a dark colored pistol and began firing the gun towards the east. The male fired multiple shots in the direction of where the officers were located.

“I believe that I heard approximately five shots,” Officer Ward said in his report. “The shooter was reckless about his actions and the fact that he was firing in the direction of multiple residences along Burton Ave. There was also a large crowd at the convenience store at 10th and Burton. When the shooting occurred, it caused mass panic as people were running around trying to get away.”

The driver of the car completely turned the car around and began traveling at a high rate of speed headed east onto Burton.

The driver continued to quickly evade the police vehicle and disregarded the stop sign at 6th and Burton at an extremely high rate of speed.

The officers performed a “felony stop” on the vehicle.

Once out of the car, we were able to detain all three.

The driver was identified as Quinton Chargois.

The front seat passenger was identified as Johnny Shaw.

The right rear passenger and shooter was identified as Rashaad Carter.

Once the occupants were detained, Ward began speaking with Carter.

Carter refused to explained his actions and who he was firing at, according to the police report.

Carter was placed into Deadly Conduct-F3 because of his recklessness at firing towards residences.

Chargois made a statement that he didn’t know until the passengers advised him the police were behind him. Chargois was given the opportunity to give a statement but declined.

Chargois was placed into custody for Evading in a Motor Vehicle-SJF.

Officers on scene located a firearm in a seat pocket in the back-seat area of the car. The firearm was taken as evidence. The magazine held four rounds and one round was reported as in the chamber.

Inside of Carter’s personal property, a box of Winchester 22 caliber rounds was located as well as a marijuana grinder.

Both were transported to the Orange County Jail and released to the jail staff.