Lady Cardinals swat El Campo in 4 in area round, move on to face Huffman 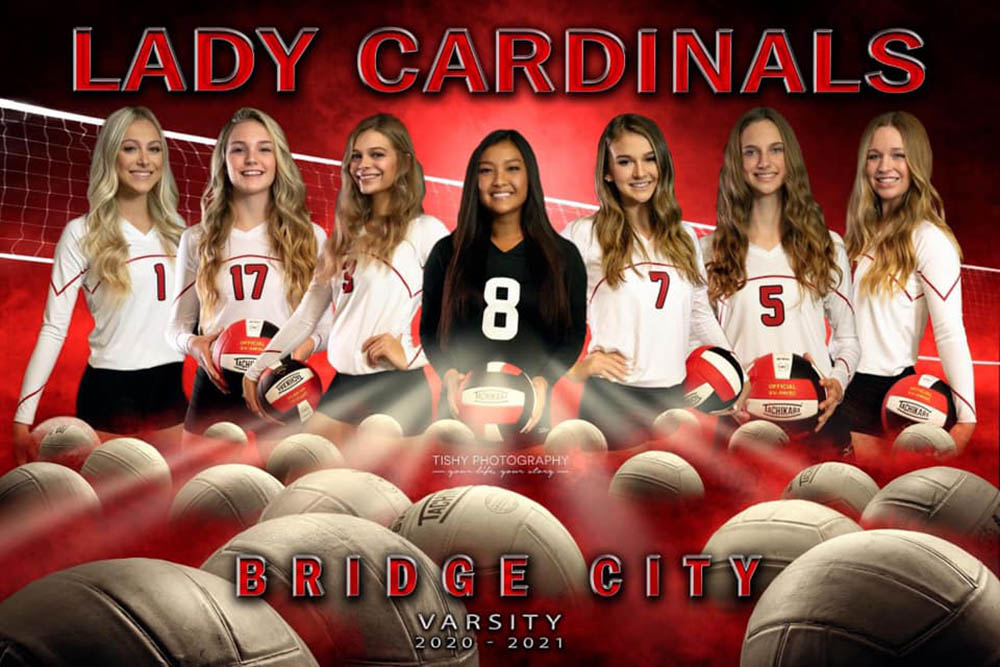 HOUSTON – Getting huge outings from Harlee Tupper and Daelyn Perry at the net with big-time kills and a overall tremendous team effort, the Bridge City Lady Cardinal now find themselves in the third round of the Class 4A Region III playoffs as they took down the El Campo Lady Ricebirds in four games in the area round Tuesday night 25-23, 21-25, 25-15, 25-16.

The Lady Cardinals (15-3), District 22-4A champions, will now move on to face Huffman (24-1) in the third round. Huffman downed Sealy in four games Tuesday.

Tupper notched a match-high 17 kills while Perry chimed in with 14 as the Lady Cardinals finished with 44 kills while El Campo (9-8) had 34.

Caryss Carpenter had five kills for the Lady Cardinals while Demi Carter had four and Taryn Doiron two.

Kate Budungen led the Lady Ricebirds with 12 kills. Heather Farrar and Ella Jenkins each had five kills while Alysa Mendez and Mackenzie Matlock had four apiece.

The Lady Cardinals scored 47 points with their service game while El Campo had 33.

Mackenzie Matlock had a match-high 15 points and two aces for the Lady Ricebirds. Madilyn Matlock had five points while Budungen and Georgia Priesmeyer had four points apiece.

Game One was tight throughout. El Campo led 20-18 but the Lady Cardinals rallied back, scoring seven of the final 10 points.

The Lady Cardinals dug themselves a hole in Game Two, falling behind early 9-0. They fought to get back, closing to within 24-21 before El Campo squeaked the game win.

Game Four was tight early, Holding a 11-10 edge, Bridge City started to gradually pull away and they iced the game and the match by tallying six of the final seven points.