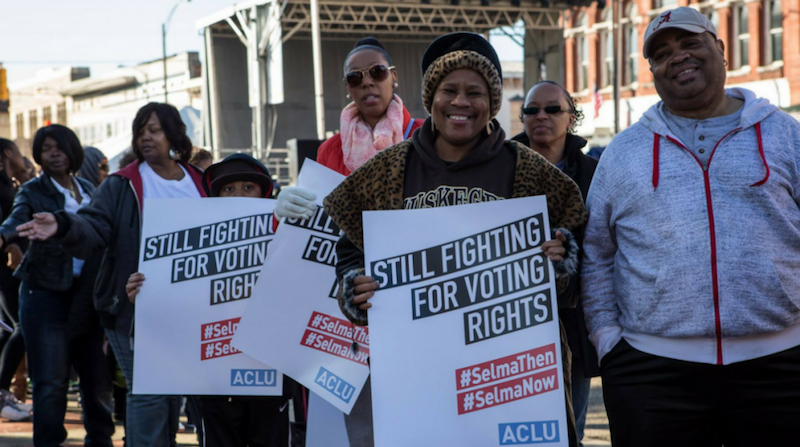 Texas is one of only five states that rejected widespread mail-in voting this year, even as deaths from COVID-19 approach 20,000 in the state. (aclutx.org)

AUSTIN, Texas — A federal judge on Monday rejected an eleventh-hour effort to invalidate about 127,000 Houston votes cast at drive-through polling centers established because of the pandemic.

Andre Segura, legal director for the American Civil Liberties Union of Texas, maintained the lawsuit was frivolous and should have been thrown out immediately.

“I think at this point we’re really seeing increasingly desperate attempts by officials as Texas becomes a real voting state,” Segura contended. “But I don’t think there’s anything that you can do to really stop the energy that people have here in Texas to go out and vote.”

Nearly 10 million people have cast early ballots in Texas, where turnout historically has been among the lowest in the country.

Yesterday’s ruling mirrored that of the conservative Texas Supreme Court, which rejected an identical lawsuit last month and in a weekend ruling refused to invalidate the votes already cast.

Grace Chimene, president of the League of Women Voters of Texas, which was a party to the lawsuit, added curbside voting is available under Texas election law, guaranteed to those who are “physically unable to enter the polling place without personal assistance or likelihood of injuring the voter’s health.”

“Do not mess with the voters with a disability, that’s for sure,” Chimene emphasized. “The state of Texas has done it before and we will not put up with that.”

Earlier this fall, the Texas governor limited ballot dropboxes to one per county, a decision the courts allowed to stand.

The decision meant Harris County, with a population of nearly five million, had only one dropbox for an area covering more than 1,700 square miles.