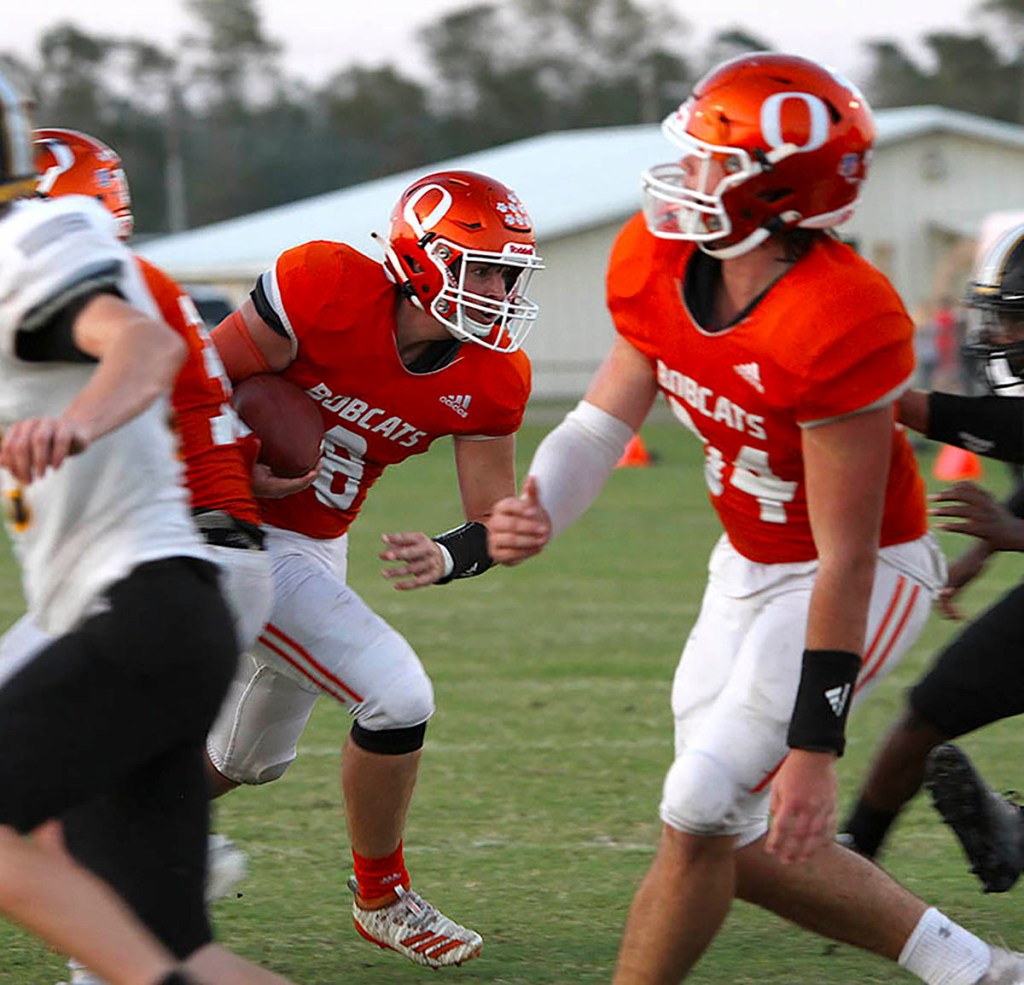 ORANGEFIELD – After nailing down a playoff berth with a thrilling 20-13 overtime road victory over the Hamshire-Fannett Longhorns last Friday, the Orangefield Bobcats will be looking for a higher seed this week when they welcome in the Hardin-Jefferson Hawks in District 11-4A Division II action.

The Bobcats (4-3, 3-2) and Hawks (4-4, 3-2) are currently tied for the third-place spot. The winner of Friday’s game will represent the district as the third-place seed while the one that falls will go into the postseason fray as the fourth-place seed.

The Hawks will look to bounce back this week after absorbing a tough 56-21 loss at the hands of second-place Silsbee.

Orangefield escaped Hamshire last week by scoring 13 unanswered points starting in the fourth quarter. Bobcat quarterback Gunner Jones had his hands on all three Bobcat touchdowns as he ran for one and passed for another, including a 24-yard game-winning toss to running back Tyler Washington to seal it.

The Bobcat defense will face a H-J offense that ranks second it 11-4A at 325 yards a game as they will focus heavily on Hawk quarterback Jaiden Porter.

Porter has completed 36-of-62 passes for 725 yards with four TDs and just one interception. He is also the second leading rusher in the district with 617 yards and 10 TDs on 97 carries as he will face a bObcat defense that is allowing just 212 yards a game.

Orangefield checks in averaging 247 yards a game on offense and will face a H-J defense that has allowed 353 yards per game as the Bobcats will look to control the clock and the game with their punishing ground attack.

Jones has 126 yards and six TDs on 43 totes and has completed 14-of-41 passes for 183 yards and four scores. Bobcat tight end Mason Sampson has hauled in five passes for 100 yards and a pair of scores.