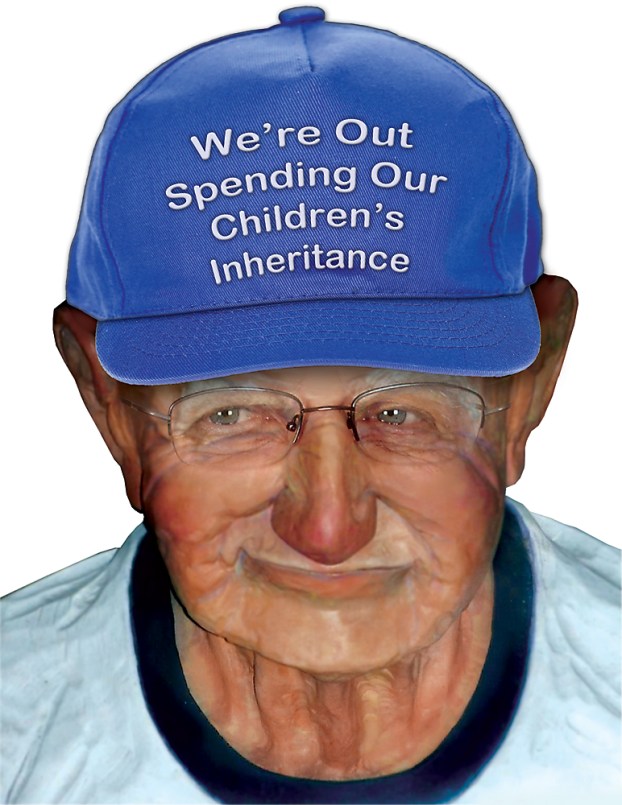 OP-ED: THE IDLE AMERICAN – Uncle Mort has had it up to here

When my aged Uncle Mort called the other day, I figured he wanted me to hear his election rants.  Instead, he told me his TV has been “muted” since political ads took over most channels several weeks ago.

“So far, Maude and I are making it fine, particularly if we remember to wear blinders atop our masks when we go to town,” he said. “We don’t look right or left–eyes glued to the road ahead—thus spared viewing ugly yard signs and billboards.”

I winced in general agreement, and may resort to TV “muting”–or even “offing”–if ads get worse.

Before long, he was ranting about the alleged efforts of Russia and Iran to throw wrenches into our election machinery.

Prone to localize issues whenever he can, he decided to speak to the veracity–or, “habitual truthfulness,” as he put it–concerning the thicket’s election officer.

“Old Joe is so honest, if he tells you it’s Easter Sunday, egg-hunting can commence.”

He told me of a recent visit of a great-great-grand nephew who was a longtime Texas basketball coach. His kin arrived in the thicket on the day the National Basketball Association’s championship series began.

Mort reluctantly agreed to tune in the game on TV; however, he insisted that he’d mute the sound, and that his nephew needn’t try to make it a moot point.

As the game grew more physical, lightning hit nearby. Lights flickered and the TV spewed smoke.

Once they were standing, their “sea legs” firmly in place, electricity was restored.

Smiling, Mort answered, “Best I can tell by all the clucking, lightning hit the chicken coop, and at the game–going by messages sewn on their uniforms–Black Lives Matter had a head-on collision with Equal Justice.”

During the visit, Mort’s nephew asked him what he’d done during the previous weekend.

Ever the sly one, Mort waxed rhetorical. “Before I answer your question, what have you heard that I did?”

Standing nearby and remaining silent, Maude wondered if news had gotten out about Mort and his buddies’ “tiff” during a Saturday domino game at the general store.

Just as Mort spoke about the players’ uniform messages, I thought of an unusual message I saw recently on church grounds.

Unusual as it may seem, it was posted at the Cowboy Church of Tarrant County. A “welcoming church,” its interior has the usual furnishings common to most churches.  Interestingly, the church has two baptismal options, both typically used as livestock watering troughs.

Outdoors, where “farmer in the dell” and cowboy items are numerous, hangs this simple sign: “WE DON’T RENT PIGS!”  (Perhaps it was posted by an old codger like me who barely passed Agriculture 101 in high school.)

The folks I visited with aren’t sure how the sign got there, and they laugh about it, too.  They don’t rent other farmyard animals, either.

Who knows?  Maybe they tire of other church folks asking if they have animals to rent for Christmas pageants. However, I don’t remember ever seeing pigs in pageants.

My ponderance of pigs, however unlikely, reminds me of a late high school football coach who made hundreds of talks to athletes. Gordon always recited an anonymous poem that has many variations.

Here’s one of them:

It was a year ago, September, on a day I well remember.

I was walking up and down in drunken pride.

When my knees began to flutter and I fell into a gutter,

A pig came by and lay down by my side.

As I lay there in the gutter thinking thoughts I dare not utter,

A lady passing by was heard to say:

“ You can tell a man who boozes, by the company he chooses.

And the pig got up, and slowly walked away.”

OP-ED: More than ever, flu shots are critical to a healthy Texas