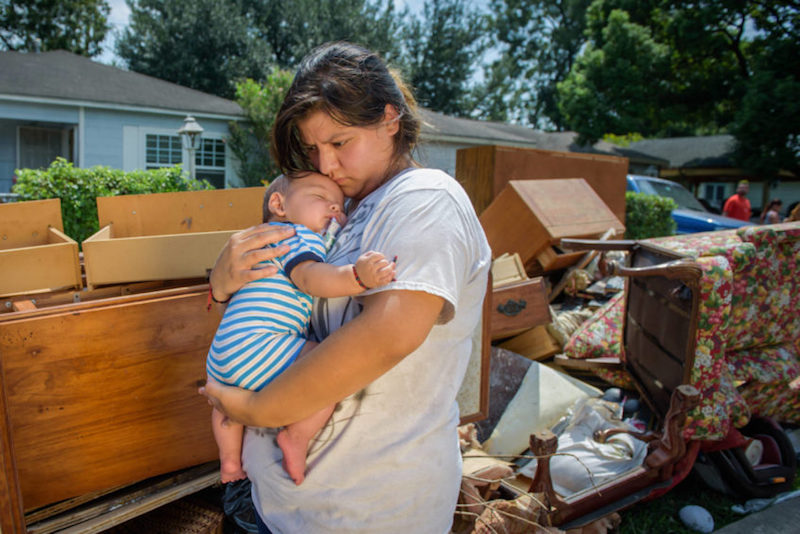 Laura Reinhardt/worldvision.org Health-care delivery, access, and a functioning supply chain are all affected by extreme weather events such as Texas' 2017 Hurricane Harvey.

AUSTIN, Texas – Fires across the West have made the climate crisis even more visible in the last few months, and now doctors are demanding that elected leaders tackle the crisis.
More than 70 doctors, nurses and other health professionals in Texas have joined 4,000 of their colleagues from all 50 states to publish an open letter, urging that people demand their elected leaders act on the climate crisis.
Houston Pediatrician Dr. Susan Pacheco said in addition to physical health, she sees many children in her practice suffering mental-health issues related to climate change.
“When I see millions of children affected by Hurricane Harvey, and I see kids in my clinic with PTSD, and I see kids in my clinic with nightmares or acting out, it’s very concerning,” said Pacheco.
Next Tuesday’s election has thrown climate change into stark relief.
If reelected, President Donald Trump has promised to continue deregulation that could increase greenhouse gas emissions and exacerbate some symptoms of climate change. Former Vice President Joe Biden is promising to reverse those policies with a slate of new governmental restrictions.
Pacheco said she won’t live long enough to see the severe environmental degradation that’s predicted from a warming climate, but her children and grandchildren will. She said she thinks tackling it should not be a political issue.
“Kids these days are experiencing a new normal,” said Pacheco. “They don’t go out because it’s too hot; they don’t go out because of air quality. So, their lives and the way that we are raising them is changing completely.”
Extreme heat is predicted to be a serious future health issue in Texas, with 13 cities among the top 50 in the U.S. expected to see extreme temperature rise due to climate change.
Hotter weather not only boosts pollen production and allergies, but leads to more asthma symptoms in children, and more heart attacks, heat strokes and mosquito-borne illness in adults.