Bobcats squeeze past Horns in OT to nab playoff berth 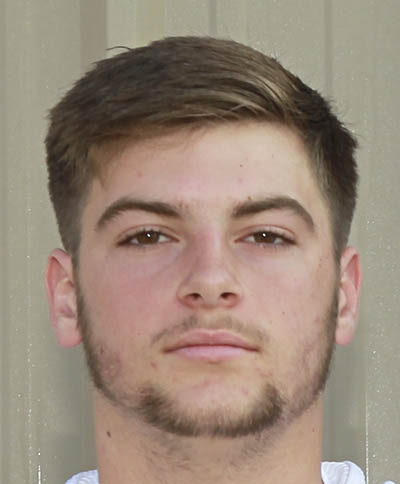 FANNETT – Orangefield took down Hamshire-Fannett 20-13 in an overtime thriller Friday night, clinching a District 11-4A Division II playoff spot in the process.

The Bobcats will host Hardin-Jefferson next week to decide the third and fourth-place playoff positions out of 11-4A Division II.

Orangefield (4-3, 3-2) got off to a rough start, fumbling on their third play from scrimmage of the night. While the Longhorns (2-6, 0-5) failed to capitalize on the turnover, the Bobcats struggles continued and they were forced to punt on their next possession too.

Hamshire-Fannett took over from the 33-yard-line, and Jordan Joiner broke free for a 27-yard rush. After another seven plays, freshman D’onte Zeno put the first points on the board with a 13-yard touchdown run as the first quarter ended.

Trailing 7-0 to start the second quarter, the Bobcats got the ball hoping to keep things close. Unfortunately, a huge sack on third-and-long stopped Orangefield early, forcing another punt. Thankfully for the Bobcats, they kept the Longhorns offense in check on the next drive thanks to a sack on third down by Hunter Ashworth. As the first half ended, Orangefield had only gained three first downs.

The Longhorns received to begin the third quarter but punted after a couple of plays. Orangefield got the ball back and sprung two big gains to almost reach the red zone, and a gutsy call on fourth-and-three resulted in a wide-open touchdown pass for the Bobcats. After the 24-yard TD reception by Mason Sampson from quarterback Gunner Jones, the game was tied at 7-7.

Hamshire-Fannett took the field with four minutes left in the third quarter. Khegian Heckaman took over at QB and scrambled several times to keep the drive alive, and a penalty set them up in the red zone. Evan Viator capped off the drive with a one-yard touchdown rush to put the Longhorns up again, but the PAT was blocked by Tyler Washington to keep the score 13-7.

To start the fourth quarter Orangefield went three-and-out, giving the ball up on a punt. The Bobcats caught a lucky break though when HF fumbled on the next possession, giving the ball right back at Orangefield’s 20-yard-line. Dwight Davis played hero on their drive, throwing a 22-yard pass from a flea flicker to convert on third, as well as rattling off a 25-yard rush to enter the red zone. On third-and goal, Gunner Jones punched the ball in on a QB keeper to even the score 13-13. Another blocked PAT kept things locked 13-13 with just a couple minutes left in the game.

The Longhorns got one more chance to drive, but Ashworth’s second sack of the game cut their chances short, and Orangefield was unable to score when they got the ball with a minute left. Still deadlocked at 13-13, the game headed into overtime.

Orangefield got the ball first from their own 25 but gained no yardage on the first three plays. However, Gunner Jones took charge and delivered in the clutch with a 29-yard dime to Tyler Washington for the go-ahead score.

Ahead 20-13, Orangefield was only one defensive sequence away from a playoff berth. The Bobcats defense delivered when Hunter Ashworth logged another sack and they forced an incompletion on fourth down to seal the game in overtime.