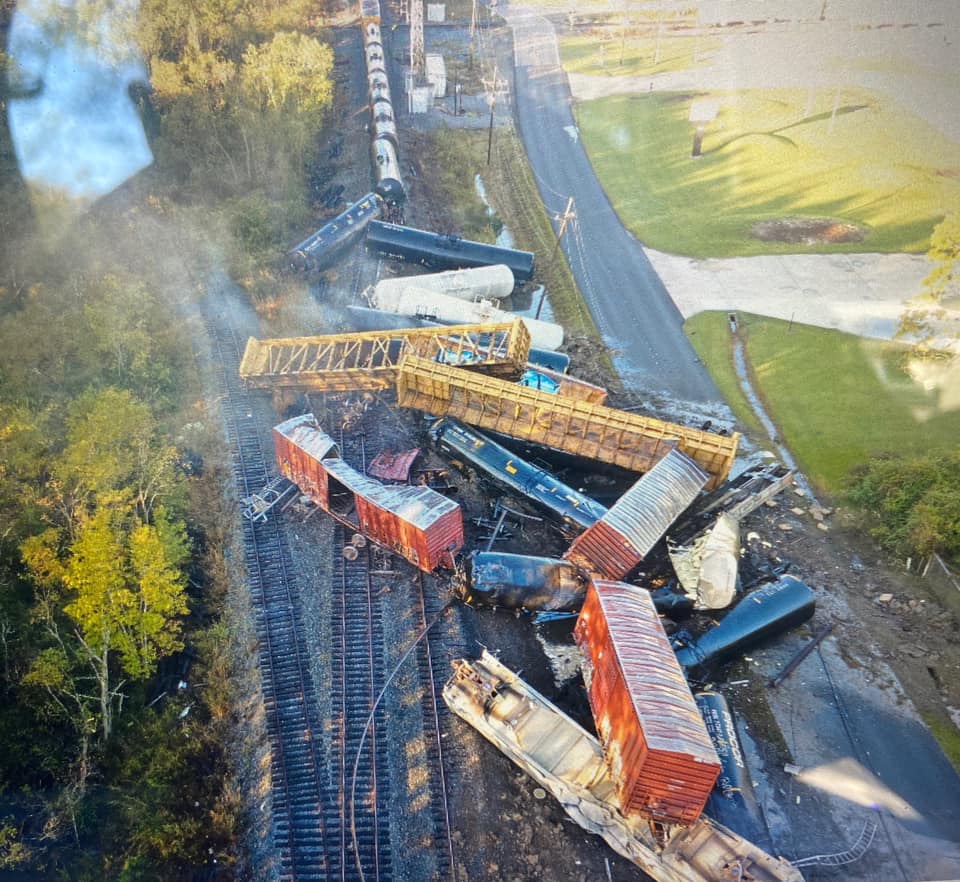 Photo courtesy of Orange County Sheriff’s Office A 25 car train derailment left Mauriceville without power for most of Thursday and has students attending classes virtually after being evacuated from school.

After a morning train derailment knocked out the power in Mauriceville this morning as children were arriving for school, the area remains without power.

According to Entergy, the estimated time for the power to be restored is 10 p.m.

A KCS train derailed along State Hwy.  62 and Farm to Market Road 1130, just west of the State Hwy. 62 overpass, in Mauriceville was reported this morning.

The derailment involved 25 rail cars – 10 rail cars empty and 15 rail cars loaded. Five confirmed tank cars were breached, four were leaking a petroleum product that did not represent a risk to the general population and the fifth involves a corrosive product that is being contained.

Due to the incident, a power outrage has occurred affecting 2,383 customers.

At the time of the derailment, out of an abundance of caution, a one-mile exclusion zone was established and will begin reducing that zone in the next several hours.

There are no injuries reported at this time and approximately 600 residents are affected.

The designated one mile evacuation radius has been reduced to the area of Farm to Market Road 1130 at Len Drive east to Morvant Road. State Highway 62 from Highway 12 south to Farm to Market Road 1078 will also be closed. Anyone living in this affected area should remain out of the area while hazmat cleanup continues.