Lady Cardinals bolt past H-J in 4 in bidistrict play 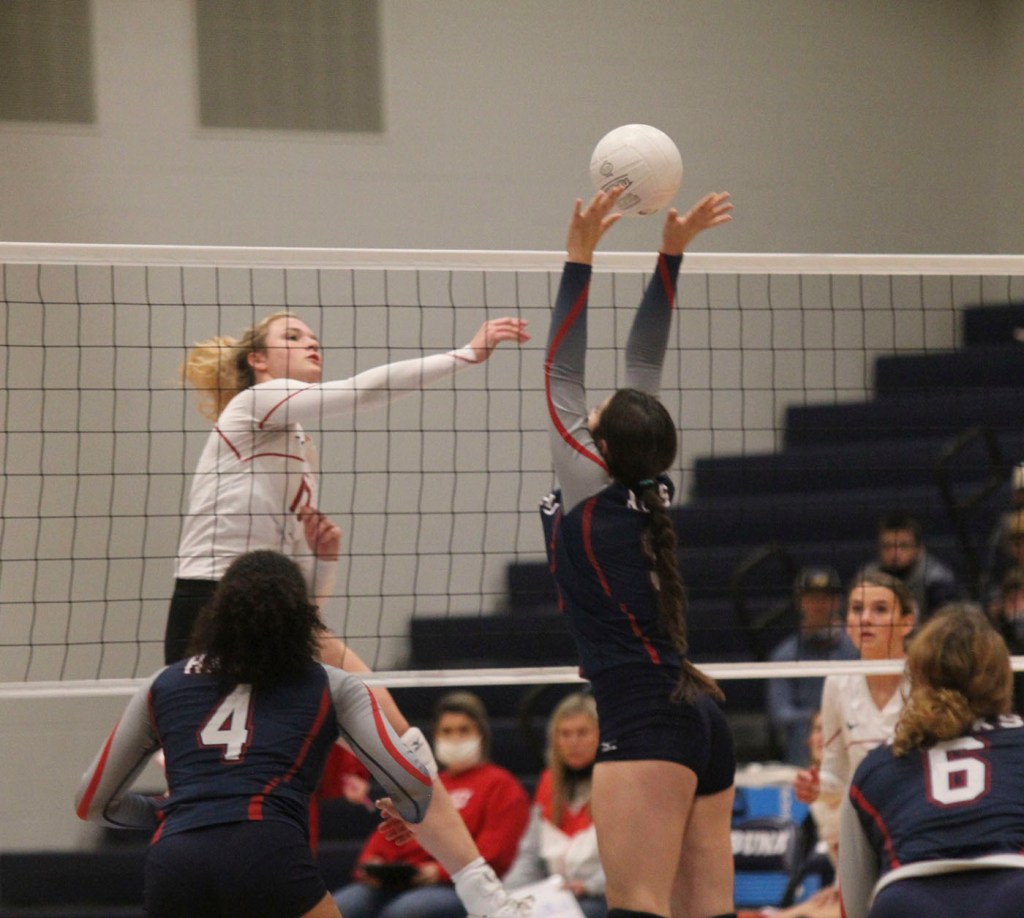 BUNA – In Game One of their Class 4A Region III bidistrict playoff battle, the Bridge City Lady Cardinals looked like a young team that was diving in the playoff waters for the first time.

However, in the next three games they looked like the dominant District 22-4A champion that they are as they left the Hardin-Jefferson Lady Hawks in their dust by rolling to a 19-25, 25-8, 25-14, 25-15 at Cougar Gym at Buna High School Thursday night.

It definitely took the Lady Cardinals (14-3) a short bit to adjust to a playoff atmosphere but when they did the Lady Hawks (7-10), the fourth-place team out of District 21-4A, simply had no answer.

The Lady Cardinals dominated in all phases of the game.

Bridge City finished with 45 kills while H-J had 28.

The Lady Cardinals had a tremendous service game all night as they finished with 58 points on their serve with seven aces while the Lady Hawks had 29 points and three aces.

Harlee Tupper spearheaded the Lady Cardinal arsenal with a match-high 18 kills to go along with 12 service points and four aces.

Waverlee Cooper and Lauren Richter each provided solid defense and both finished with six points.

Audie Rogers, Iris Aguilar and Mikela Hellberg each had seven points and each had an ace.

H-J snared a 12-5 lead in Game One but the Lady Cardinals found a little of their groove to trim it to 21-17 late before the Lady Hawks secured the game.

After that point, it was all about the Lady Cardinals as they poured it on the rest of the way.

Bridge City increased a 8-5 lead in Game Two all the way to 18-5 as Tupper served up nine straight points, including three aces. H-J got to within 19-7 but the Lady Cardinals nailed down six of the next seven points to seal the game.

Behind the hitting of Tupper and Perry, the Lady Cardinals outscored the Lady Hawks 10-4 down the stretch to snag Game Three.

Bridge City stretched out to a quick 7-2 lead in the decisive Game Four as Carpenter kept H-J off-balance with her serve as she had six straight service points in the spurt.

The Lady Cardinals will now face either El Campo or Houston Scarborough in the area round next week.