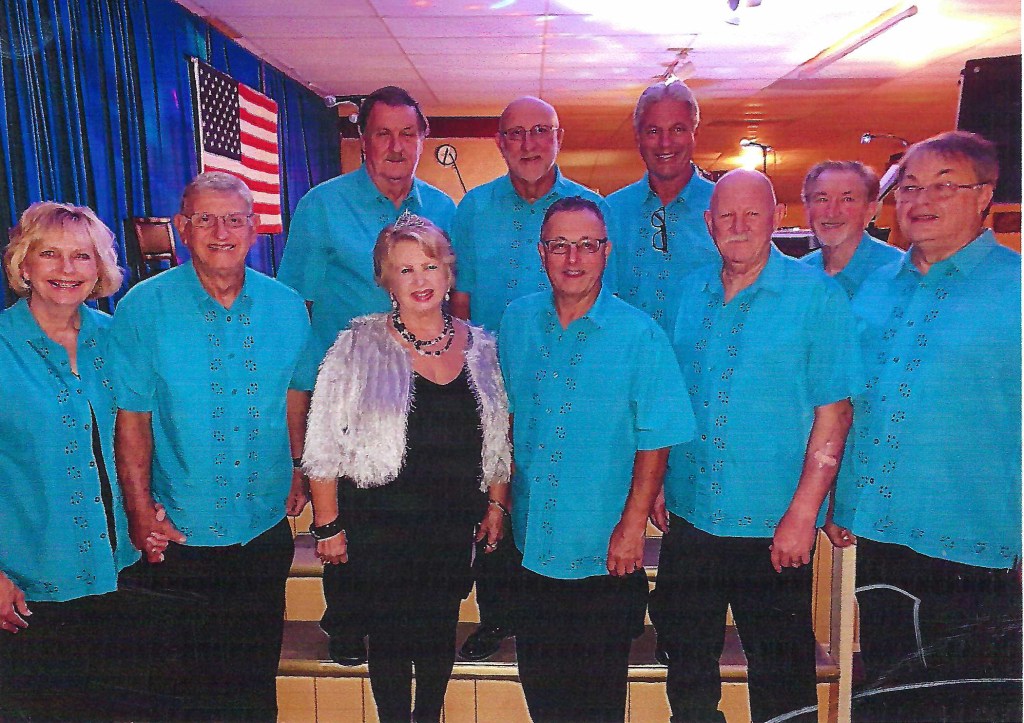 While COVID has shut down most forms of entertainment, Dayle Foreman found a way to bring famous Cajun Band together to celebrate her birthday and give support to the arts which is in dire need at this time.

All nine members of NA NA SHA, ‘The Showband of the South,” from Gonzales, Louisiana performed to a packed house at the VFW in Orange on Saturday.

In 1984, Na Na Sha was invited to represent the town of Gonzales by performing at the World’s Fair in New Orleans, La. Since that time, they have provided entertainment for numerous fairs, festivals, conventions, fundraisers, and other functions throughout Louisiana, Mississippi, Alabama, Florida, Texas, and Arkansas. Na Na Sha has also been honored to perform as an opening act with groups such as the Drifters, the Coasters, the Four Tops, the Impressions, Louisiana’s LeRoux, Ambrosia, Shenandoah, Billy Joe Royal, Jefferson Starship, Blake Shelton, Tracy Lawerence and more, according to a bio on their official website.

Our own ‘Living Legend,’, Jivin’ Gene Bourgeois attended and pleased the crowd by signing the songs that made him famous.

50s and 60s recording artist, Jivin’ Gene Bourgeois had several recordings in the top 100 charts in the early 60s. “Breaking Up is Hard to Do,” “Going Out with the Tide,” “Release Me,” and “Go On Go On” are just a few. He has appeared on national TV shows and toured throughout the country with many well-known singers and bands. Gene was inducted into the Louisiana Hall of Fame in 1993, the Museum of the Gulf Coast Music Hall of Fame in 1995 and received the Louisiana Hall of Fame Living Legend Award on June 1st, 2003, according to www.flattownmusic.com.

Dayle’s goal was to show support for the performing arts and encourage the resurgence of hiring live entertainment again. The clever invitation to the event read, “Life is short, wear pearls.”

The guests came from as far away as Florida, Louisiana, Houston, Dallas, Aledo and McKinney. The dance was also well attended by friends from the Golden Triangle and surrounding areas.

The tradition of celebrating Dayle’s birthday continues as an opportunity to support the Shriners Burn Hospital in Galveston as well.

Year after year, she pleads for no gifts and asks guests to donate to the Shriner Hospital.

The night was a huge success. Those attending, as well as the band, were asking ‘When are we doing this again?’

Maybe when Dayle turns 80 years young we will know the answer to the question.