Cardinals look for bounce-back against Panthers 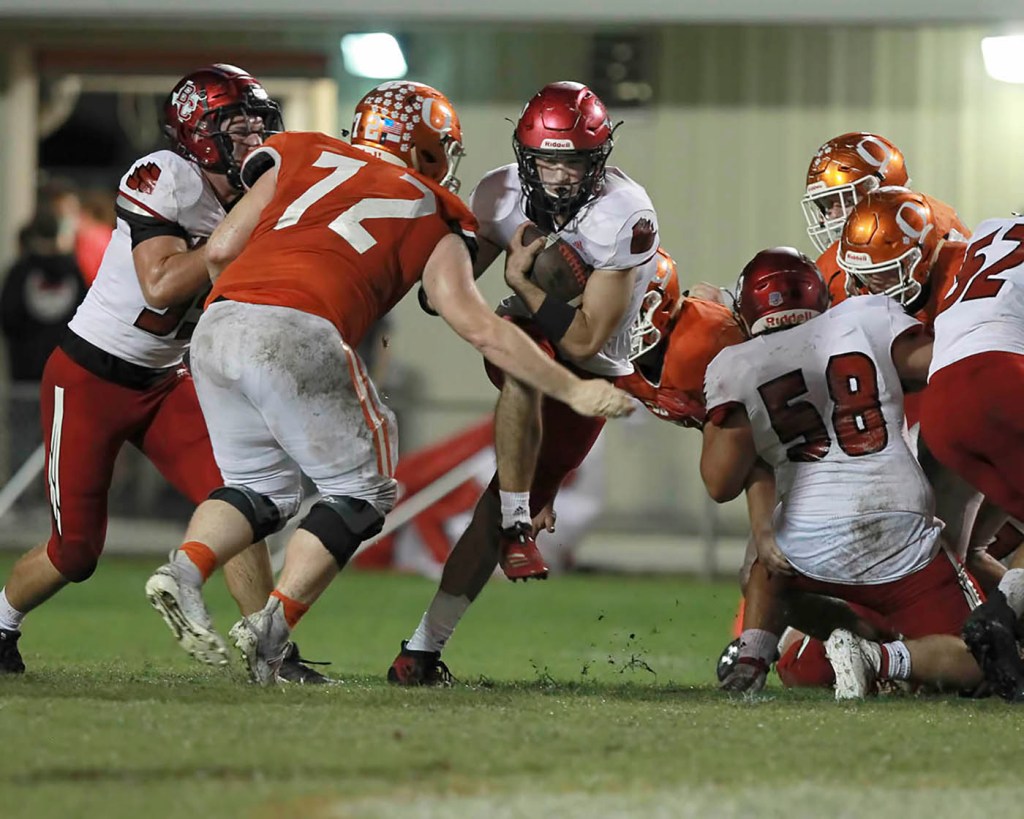 BRIDGE CITY – If the Bridge City Cardinals want to keep their slim playoff hopes alive in District 11-4A Division II, they will need to bring their best effort Friday when they welcome in the Liberty Panthers to Ward Stadium.

Each squad will look to get their offenses in gear after last week’s struggles. The Cardinals managed just 146 total yards in their loss while Liberty could only muster 121 yards against WO-S.

The Cardinals still rank second in offense in 11-4A, averaging 307 yards a game.

They will face a Liberty defense that has been solid all season. The Panthers rank second in the district in total defense, giving up just 172 yards a game. Liberty limited WO-S to a season-low 212 yards last week.

Junior Cardinal quarterback Ethan Oceguera has completed 49-of-111 passes for 704 yards with seven touchdowns and five interceptions. He also leads the team in rushing with 365 yards and three TDs on 54 carries.

Running back JimSharon Bearden has zipped for 359 yards and two TDs on 75 totes.

Bridge City’s J.T. Fielder leads 11-4A in receptions with 21 catches for 224 yards and a TD while Austin Richardson has nine grabs for 250 yards and four scores.

Liberty is averaging 254 yards a game on offense and will face a Cardinal defense that is allowing 323.

Panther quarterback Kaden Nolan has completed 30-of-68 passes for 386 yards with two TDs but has tossed seven interceptions.

Alijah Terrell leads a balanced rushing attack with 446 yards and three TDs on 68 carries. Terrick Peterson hasdashed for 378 yards and four TDs on 63 carries while Keiron Joiner has 167 yards on 13 totes.

The Cardinals will visit WO-S next week while the Panthers return home to faceHamshire-Fannett.