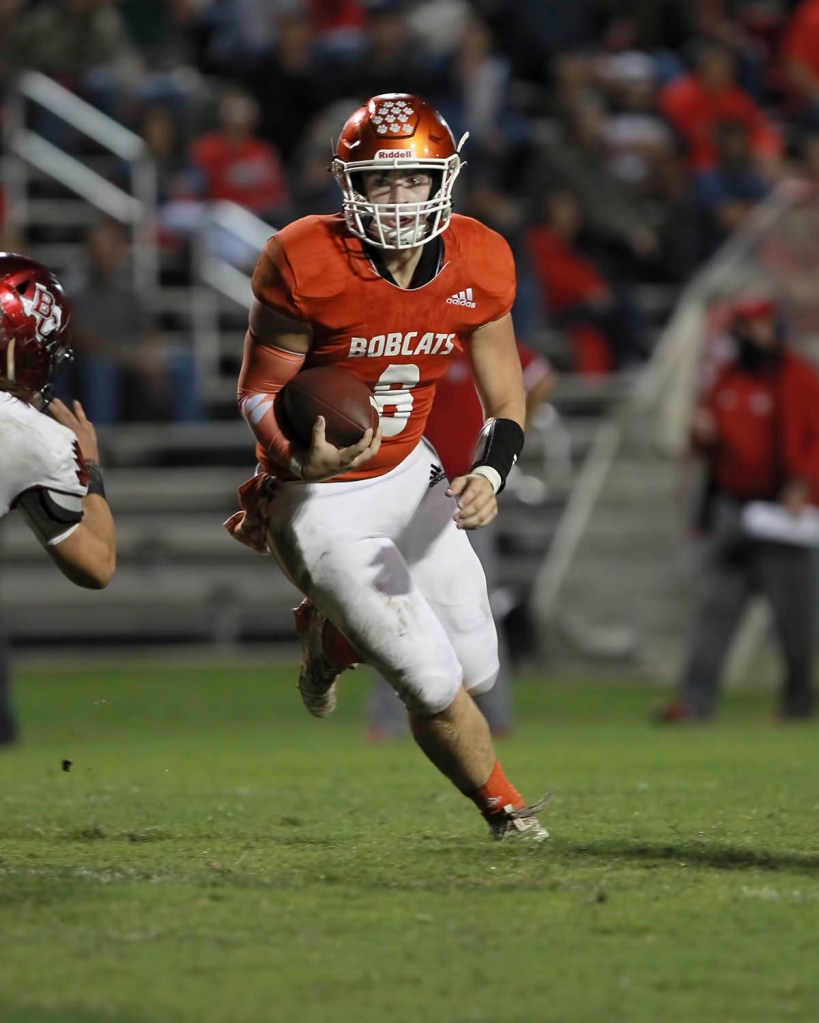 ORANGEFIELD – Putting together their best performance of the season last week with a 22-0 domination of the Bridge City Cardinals in the Bayou Bowl, the Orangefield Bobcats face a big battle on the road this week in District 11-4A Division II action when they visit the Hamshire-Fannett Longhorns.

The Bobcats (3-3, 2-2) can basically secure a playoff berth with a win over Hamshire-Fannett (2-5, 0-4) but the Bobcats need to go in focused and not celebrate their win last week too much because the Longhorns are hungry and have the talent to pull off the potential upset.

The Longhorns fell to Silsbee 24-2 last week as they look to get their offense going.

Freshman quarterback D’onte Zeto will look to spark a Longhorn offense that is churning out 291 yards a game.

Zeno is the second-leading passer in the district. He has completed 64-of-114 passes for 965 yards and six touchdowns but also has 12 interceptions.

Versatile running back Khegian Heckaman has proved his might this season. Heckaman leads the Longhorn ground arsenal with 491 yards and eight TDs on 91 totes and has also caught nine passes for 148 yards and a score.

Colin Dorsey leads the Longhorns in receiving with 17 receptions for 2828 yards and a TD. Evan Viator (12-154-2), Garrett Picou (8-145-1) figure in the mix while running back Jordan Joiner has zipped for

The Bobcat offense checks in averaging 251 yards a game as they look to control opposing defenses with their solid Slot-T offense.

Orangefield’s offensive line controlled the line of scrimmage against Bridge City last week and will look to do the same with the Longhorns, who are giving up a district-leading 328 yards a game.

Fullback Hunter Ashworth has pounded his way to 501 yards and four TDs on 104 carries to lead the Bobcat rushing attack.

Bobcat quarterback Gunner Jones (35-139-5) runs the ship well and had a 29–yard touchdown gallop against the Cardinals.

The Bobcats will return home next week to host the Hardin-Jefferson Hawks while the Longhorns make a trek to Liberty.