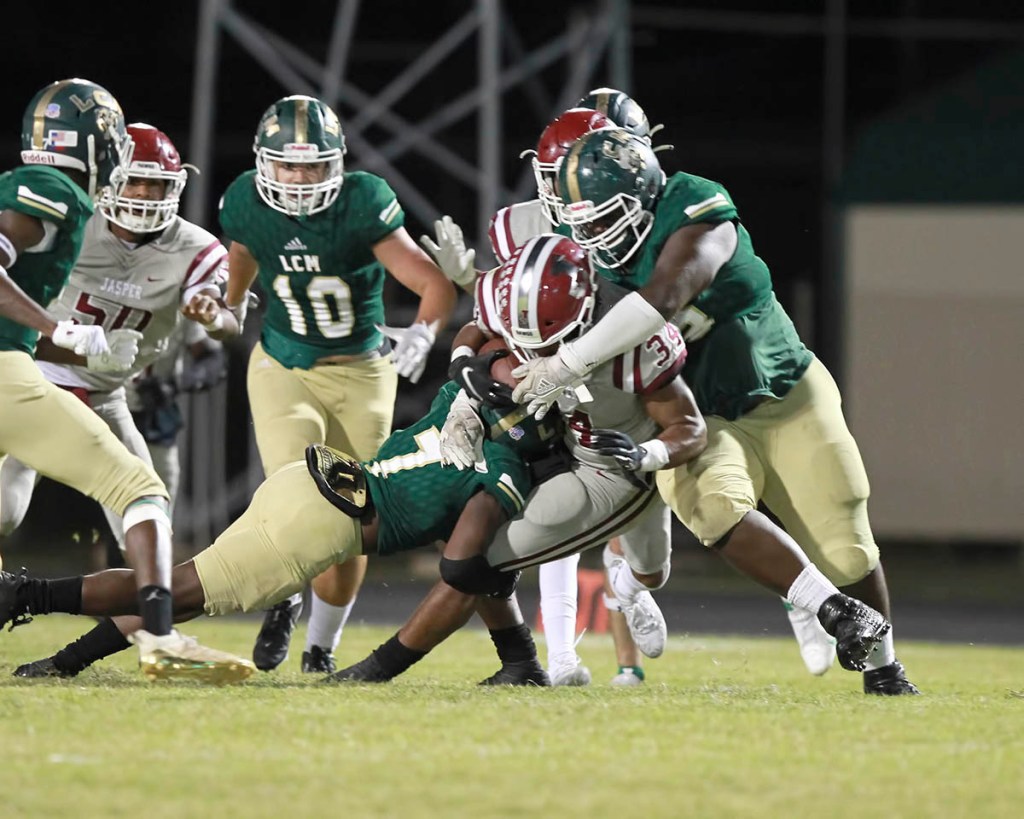 LITTLE CYPRESS – After notching their first win of the season with a thrilling 14-13 victory over the Lumberton Raiders last week, the Little Cypress-Mauriceville Battlin’ Bears will look to stay in the playoff hunt Friday night as they travel to face the surprising Livingston Lions in District 10-4A Division I play.

The Lions have struggled mightily in recent years but have shined for second-year coach Finis Vanover.

Livingston showed improvement last year with a young steam that got experience and returned eight starters on offense and seven on defense this season.

Livingston has shown some big-play capabilities throughout the season, sparked by quarterback Damian Ruiz, who was the Offensive Newcomer of the Year in the district last season.

He is elusive with an explosive arm and has excellent go-to receivers in the likes of J.J. Gardner, Chris Washington and Dustin Heflin.

Livingston running back Lynn Johnson is also capable of breaking off big runs.

The Bears will look to keep the Lions’ defense off guard with their spread offense.

LC-M quarterback Ashton Landry has passed for 747 yards and he threw a touchdown pass and ran for another against Lumberton.

Landry likes getting the ball to 10-4A’s leading receiver Brendon Pollock. Pollock has hauled in 33 receptions for 403 yards and snagged a huge touchdown catch against Lumberton.

The Bears are looking to snag a major road win before returning home to host Splendora next week while Livingston heads to Huffman next week.